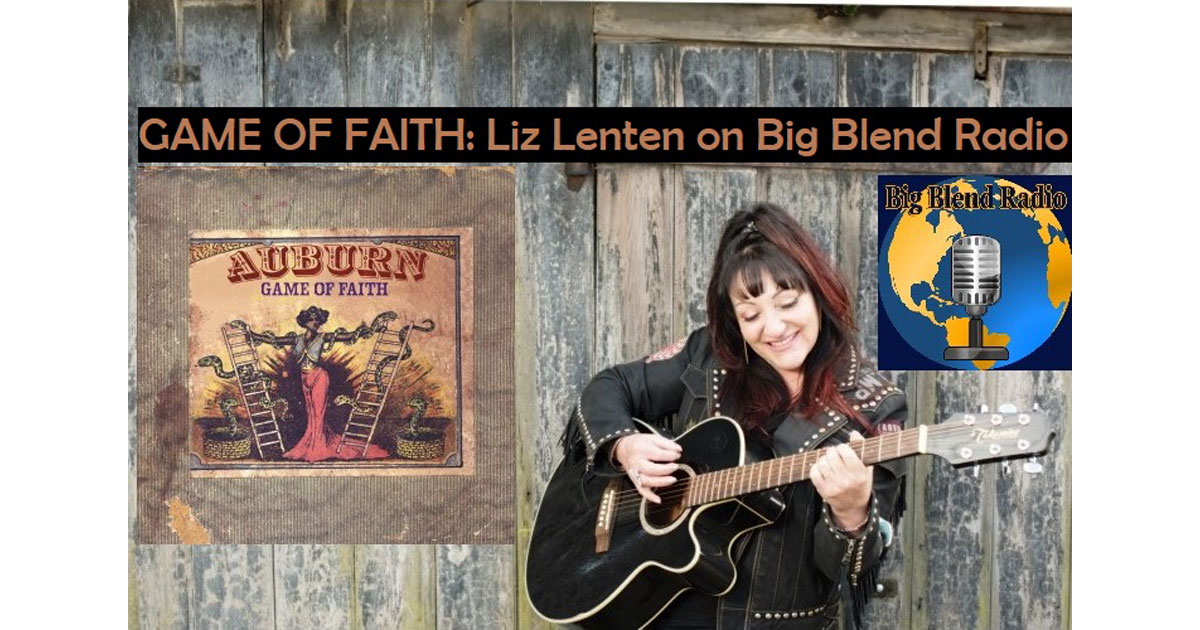 Vocalist and front woman Liz Lenten chats with Big Blend Radio about Auburn’s new album “Game Of Faith” that releases on May 31, 2019 and features a unique strategy-based card game. Plus, she plays a fun round of Spontuneous “The Song Game”!

Auburn has been captivating audiences around the world with their unique blend of Americana, blues and roots music. Fronted by female vocalist Liz Lenten, who’s voice has been described as “so sweet it’ll make your hair curl” and “husky, with an emotional frailty,” who “isn’t afraid to show her full range of vocal tones or emotions.”

Liz, a very UN-typical English rose, (she describes herself as “a mongrel – descending from several places in Eastern Europe”) now lives in the Wolds of Lincolnshire, where she spends her time writing, performing and running music groups for young people living in rural isolation and other challenging circumstances, as well as managing other artists including Eliza Carthy and Shane MacGowan. She was nominated for an “English Heritage Inspiration Award in 2012,” for her work bringing singing and music to the community.

The new album was mainly written in the last few months of 2018, in a flurry of outpouring! As always with Liz Lenten’s prolific song writing themes cover the usual range of reflections of emotions and situations – focusing this album on Trust, in all sorts of relationships and situations.

Says Liz, “It’s been a couple of crazy years for me, with huge personal life changes – which lead to me losing my voice completely at one point, all of which left me struggling to trust my own judgement and learning to live on faith and hope – which is essentially all we have to go on when things get out of control.”

As with Auburn’s previous releases, the band’s new album was recorded once again in Nashville. Says Liz, “Nashville is one of the most wonderful cities on earth to me – buzzing with music and creativity. My fantastic multi-award-winning producer, Thomm Jutz, who totally brings my ideas to life is there, so I would go wherever he was! And the musicians are amazing – all so incredibly talented and sensitive – and just lovely people to be around.”

In addition, “Game of Faith” has a unique strategy-based card game that will be launched with the album… It has been devised and designed to complement the songs and lyrics of the material…..so that everyone can play their own ‘Game of Faith.’

Musicians featured on “Game of Faith” are: 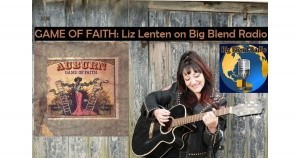