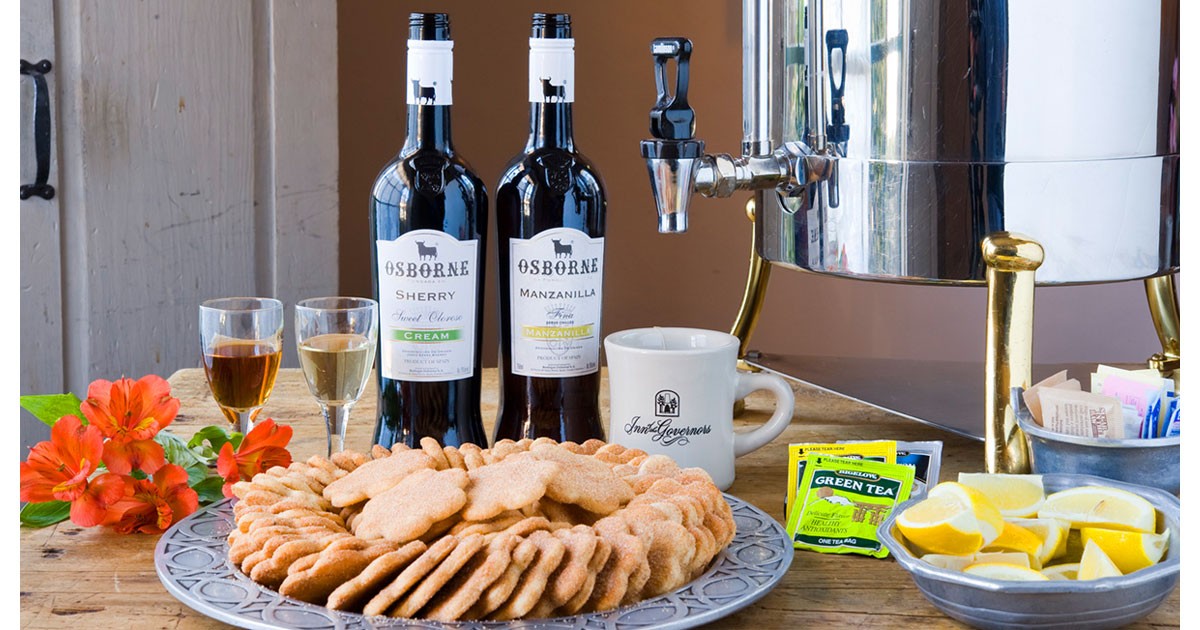 Big Blend publishers Nancy J. Reid and Lisa D. Smith spent a wonderful two nights at the beautiful and historic Inn of the Governors in the heart of downtown Santa Fe. As you can hear in the Big Blend Radio podcast below with General Manager Sam Gerberding, one of the highlights of their stay was the hotel’s Tea & Sherry Hour, held daily from 4 pm – 5 pm. What a wonderful way to unwind from a day of exploring Santa Fe and to meet other hotel guests, while savoring some of Santa Fe’s European and Spanish cultural heritage. Learn more about Tea & Sherry Time at the Inn of the Governors here: https://innofthegovernors.com/amenities/tea-sherry-hour

Biscochito (or bizcochito) is a crispy butter cookie flavored with anise and cinnamon. It was developed by residents of New Mexico over the centuries from the first Spanish colonists of New Mexico. The recipe for making the cookie has been greatly influenced not only by the local and indigenous customs but also by recipes brought to New Mexico by immigrants from other Hispanic countries. It is served during special celebrations, such as wedding receptions, and religious holidays (especially during the Christmas season).

It is usually eaten with morning coffee or milk, after lunch in the early afternoon, or dinner late at night. The cookie is seldom known outside its various territories.

In 1989, the US State of New Mexico adopted the biscochito as its official state cookie. This act made New Mexico the first state to have an official cookie. It was chosen to maintain traditional home-baked cookery.

Biscochito Recipe
Courtesy of the Inn of the Governors

Combine 3 or 4 eggs (depending on size) with 1 cup of sugar, add 1 teaspoon of vanilla, and 1 cup of lard. Mix ingredients thoroughly.

After eggs, sugar and vanilla are mixed thoroughly, add 1 teaspoon baking powder, and 4 cups of flour. Mix in 1 tablespoon of anise seeds (crushed to bring out the flavor). Mix into a dough, it should be the consistency of pie crust dough.

Roll out dough thick or thin (however, you prefer). Cut cookies and dip into a mixture of cinnamon and sugar before baking. 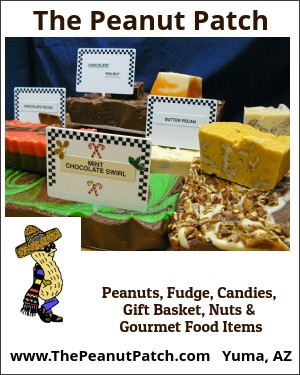 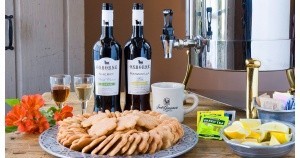