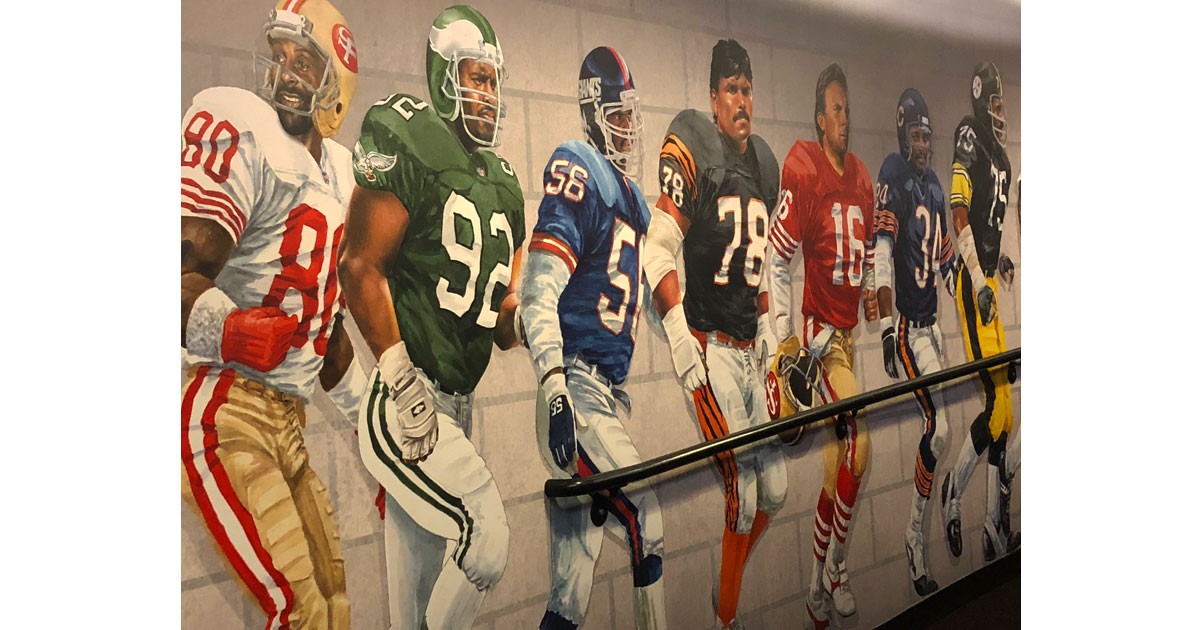 Author Rita Dragonette discusses her compelling debut novel that portrays a pivotal time during the Vietnam War era, through the rare perspective of a young woman, tracing her path of self-discovery and a “coming-of- conscience,” on Big Blend Radio.

It’s that time of year when you start to notice the signs of fall, like slightly cooler temps and crisp air, yellow school busses on the road and the slight tinge of colors on the leaves of trees. But, perhaps, one of the most obvious indicators is the roar of football fans cheering for their teams in stadiums across the country. Yes, it’s the onset of another football season, an annual rite that millions of Americans celebrate. For many, the anticipation ramps up in the final dog days of summer, and the excitement becomes palpable.

If you’re a diehard fan of the game, a pilgrimage to the Pro Football Hall of Fame in Canton, Ohio is probably on your bucket list. Voted the Top Tourist Attraction in Ohio and America’s Best Attraction for Sports Fans, the Hall bills itself as “The Most Inspiring Place on Earth,” and is widely regarded as the “Sistine Chapel of Football.” And the fact that it’s located in Canton gives it additional significance, as this is the birthplace of professional football.


The city made its mark in pro football back in 1920, when representatives of ten teams gathered in town to form the American Pro Football Association, later renamed the National Football League. But, it didn’t stop there. In 1961, Canton successfully bid to be the location for the Pro Football Hall of Fame and two years later, the Hall opened its doors. Suddenly, the city took on rock star status in the eyes of the football world. Visitors began flocking to this hallowed place where history is celebrated every year with the enshrinement of gridiron royalty. Held in early August, Enshrinement Week has grown in stature and now heralds the beginning of the NFL season.


If you can’t make it to this much-lauded event, don’t despair, as a visit to the Hall any other time of the year is special. And if you’re not a fan of the game when you enter, there’s a good chance you’ll be one when you leave. Now a nationally accredited museum and the first major sports hall of fame to hold this designation, the institution offers guests an immersive experience into the world of pro football. In “The NFL’s First Century Gallery,” you’ll learn the story of professional football from its humble beginnings to the worldwide phenomenon it is today, through the use of state-of-the-art interactives and one-of-a-kind artifacts. A towering bronze statue of Jim Thorpe, considered a legend in the sport, holds a prominent position in the gallery. Upstairs, there’s more historical information on display, combined with inspirational stories of the game’s pioneers, great players and coaches. The impact of pro football on society is also documented via audio and video installations in the exhibits, “Road to Equality” and “Pop Culture.”


For many, the “Hall of Fame Gallery” is a highlight, as it houses the bronze busts of all the Hall of Famers, from the inaugural class of 1963 to the present (318 in total), along with bios, photos and videos of each of the inductees. “A Game for Life” is another visitor favorite. It’s a cutting edge, multi-sensory show, featuring holographic representations of Hall of Famers Joe Namath, George Halas and Vince Lombardi, who show how the game of football can be used to teach inspirational lessons about life.


Recent history-making performances and milestone moments are the focus in the “Pro Football Today Gallery,” while the “Lamar Hunt Super Bowl Gallery” chronicles Super Bowl history with exciting game footage and interactive kiosks. You’ll be dazzled by all the bling when you see all the Super Bowl rings on display.


Outside, is the Tom Benson Hall of Fame Stadium, where the enshrinement ceremony, Hall of Fame Game and the Concert for Legends are held. Nearby, is the National Youth Football & Sports Complex, a home for football, soccer, lacrosse and rugby. In the works is a major expansion project to the 200-acre campus that will up the ante when it comes to Canton’s appeal as a must-see destination. Construction has already begun on the Johnson Controls Hall of Fame Village, a mixed-use development to include a football-themed luxury hotel, shops, restaurants, a performance center, player care center and the Hall of Fame Experience, an indoor amusement park and football-themed waterpark. The goal is to have the majority of the project completed by September, 2020, when the football world will converge in Canton to celebrate the centennial of the NFL’s founding in the city.


Though the Hall is the number one attraction in Canton, the city offers a host of other sights and activities for visitors to enjoy. You might be surprised to learn that President McKinley, a native Ohioan, called Canton home throughout his adult life. He began his legal career, married his wife and ran for the nation’s highest office here, campaigning with his famous “front porch” speeches. So, it is fitting that he is also buried here. His body and those of his wife and daughters are entombed in a massive, beehive-shaped mausoleum, reached by a set of 108 steps. Next door to the memorial is the McKinley Presidential Library and Museum.


History buffs will also be interested in the First Ladies National Historical Site, which is a unit of the National Park Service and operated in partnership with the National First Ladies’ Library. This nonprofit organization’s mission is to preserve, promote and educate the public about the significant role of First Ladies of the U.S. and their contributions throughout history. The site consists of the Ida Saxton McKinley House, the family home of First Lady Ida Saxton McKinley and the longtime residence of William and Ida McKinley, together with the Education and Research Center. The home is a brick Victorian structure, built in 1841, and furnished in the style of the era. Costumed docents give regularly scheduled tours of the place.

Take the Hall of Fame City Food Tour with Canton Food Tours for a foray into the city’s burgeoning culinary scene. You’ll get to sample dishes from several notable restaurants downtown. The tour is both a progressive dinner experience and informative walking tour. Along the way, you’ll stop at various points of interest to check out the colorful public art, learn about noteworthy buildings, like the historic Palace Theater and the Stark County Courthouse with its famous “Trumpeters of Justice” angels, and stroll through the hip and happening Music Block in the Arts District. With museums, galleries, concerts, theater and community wide arts events, there’s no shortage of cultural opportunities in the city.

Canton boasts an assortment of eclectic eateries, cafes, coffeehouses and food trucks. At Bender’s Tavern, the oldest restaurant in town, turtle soup is the house specialty, along with a variety of fresh seafood and prime steaks. Over at newly opened Street Side, it’s all about Mexican street food, with an assortment of tasty tacos, burritos and bowls, while at George’s Lounge (once a crooner’s bar where Dean Martin sang), gourmet burgers and hand-cut fries with “dipster” sauces are local favorites. The sauces aren’t your run-of-the-mill flavors, but rather interesting concoctions like Spicy Thai Peanut, Ohio Maple Syrup, Blue Ribbon Beer Cheese and Ben’s Peanut Butter. Wash it all down with a Grannie’s Dutch Apple Pie shake or a local craft beer. Basil Asian Bistro is the place to go if you’re looking for a meld of exotic flavors from the Orient, with dishes such as Vietnamese Phó, Green Mango Grouper and Coconut Spaghetti.

For a truly memorable food and wine experience, make sure you visit Gervasi Vineyard, just ten minutes from downtown Canton. As soon as you enter through the arches of this exquisite estate, you’ll be transported to Old World Tuscany. The 55-acre property has a state-of-the-art winemaking facility, producing over twenty varietals, five plus acres of vineyards, lush landscapes, a spring-fed lake and charming brick walking paths. There are three dining facilities available: The Crush House & Winery, a delightful café by day and lounge by night, with a Napa-Valley-style tasting room experience; The Bistro, an upscale restaurant serving authentic Italian dishes; and The Piazza, where casual fare is served lakeside. A fourth option, The Still House, is in the works. It will be a coffeehouse during the day, and a distillery in the evening.

For those who wish to spend the night, Gervasi offers twenty-four, luxury suite accommodations in The Villas, or you can choose to stay in The Farmhouse, a completely restored, original, 1830s home. More rooms will soon be added when The Casa, a new boutique hotel, opens on site. And for corporate events, weddings and private celebrations, there’s The Villa Grande, an elegant venue that projects the feel of a grand Tuscan home. But, wait, there’s more! You can take cooking classes from top-notch chefs and instructors at The Cucina, and shop ‘til you drop at The Marketplace, a rustic, cozy store with a unique array of items and wines.


Debbie Stone is an established travel writer and columnist, and regular contributor for Big Blend Radio and Big Blend Magazines, who crosses the globe in search of unique destinations and experiences to share with her readers and listeners. She’s an avid explorer who welcomes new opportunities to increase awareness and enthusiasm for places, culture, food, history, nature, outdoor adventure, wellness and more. Her travels have taken her to nearly 100 countries and to all seven continents, and her stories appear in numerous print and digital publications, reaching over 2 million readers and listeners. 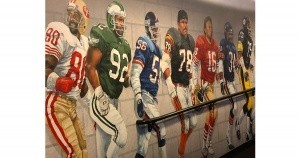