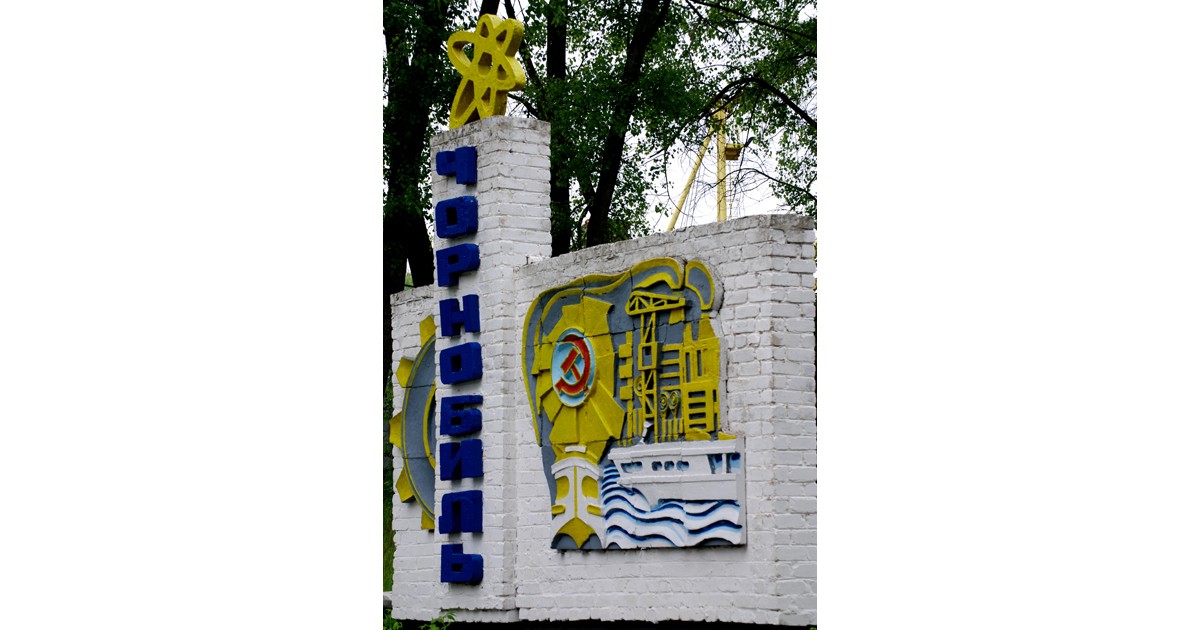 CHERNOBYL AND PRIPYAT HOSPITAL #126
31 Years After The Disaster
A Photographic Essay by Dr. Charles E. Rawlings

Author, photographer and world traveler Charles E. Rawlings, M.D, J.D., talks about his recent visit to Chernobyl, the ghost town of Pripyat and the Pripyat Hospital, 31 years after the disaster on Big Blend Radio.

At 01:23 Moscow time, on April 26, 1986, the world underwent a fundamental change; Reactor No. 4 at the Chernobyl Nuclear Power Plant experienced a core explosion, a subsequent steam explosion and open-air graphite fire. Reactor No. 4, along with all of the proposed 12 Chernobyl reactors, was considered to be ultra-safe. To prove their safety, the engineers at Chernobyl devised a test which simulated a complete catastrophic power failure. Reactor No. 4 should then revert into its safety mode and utilize its back-up power supply.

The reactor operators, however, had failed to follow a simple checklist. Upon initiation of the test, the reactor experienced not a power loss but a power surge. The operators attempted a total emergency shutdown but this caused a catastrophic power spike. This spike led to the rupture of the fission material container causing gigantic steam explosions. The graphite moderator spontaneously ignited as it was exposed to air, and it was this fire at which first responders attended. The graphite fire spewed plumes of radioactive fallout, primarily Iodine 131, Strontium 90, and Cesium 137, into the air. This fallout was pushed by the prevailing winds north and west across the city of Pripyat, Belarus, Russia and Western Europe.

Firefighters arrived almost immediately after the accident. They, however, were not told that the fire was from the reactor. Those first responders were receiving as much as 5.6 roentgens per second. By about 5 am, all except the reactor fire were extinguished. The burned firemen were rushed to Pripyat Hospital; the majority were dead within weeks. The actual reactor fire was not extinguished until May 10, 1986. Thirty-six hours after the disaster, Soviet officials established a 10 kilometer exclusion zone around Reactor No. 4 requiring the immediate evacuation of the city of Pripyat, with its population of 49,000.

A week after the disaster, the exclusion zone was extended to 30 kilometers around Reactor No. 4 which resulted in another 68,000 people being evacuated. Approximately 350,000 people were removed from the area. The death toll from the direct radiation as well as cancer deaths has been estimated between 4,000 to 200,000. The exact death toll due to those lethal plumes of Iodine, Cesium and Strontium is unknown; but the radioactive elements circled the globe in the following weeks affecting millions of people.

The economic cost is easier to quantify. The first generation shield surrounding Reactor No. 4 was completed in 1986. The second generation shield was only recently completed. The cost to the Soviet Union was over 18 billion rubles and effectively bankrupted the USSR, directly leading to its collapse. The cost estimates for the latest containment shield are almost as onerous. Unfortunately, this shield has a limited life span of only 100 years due to the intense radiation – the half-lives of Strontium 90 and Cesium 137 are about 30 years – so Reactor No. 4 will remain dangerous far past the new shield’s 100 year lifespan.

Inside the inner exclusion zone, the quietness is pervasive except for an occasional bird. The forests are overgrowing the roads, and a moose was strolling down the main road to Pripyat. The Red Forest looms into view – the trees are red and dead. They do not decay and are reminders of April 26, 1986. Rusting, decaying equipment is prevalent. First appears the river containing the cooling water destined for the reactors; around the bend is Reactor No. 4 sporting its new containment dome. You are now standing on the site of one of the worst events of mankind – a disaster that destroyed an empire.

Before April 26, 1986, Pripyat was a model Soviet City; it was luxurious; filled with extravagances that very few Soviet citizens were afforded.

The Soviets included amenities in Pripyat that would be equal to most western towns. In the city there were gyms, spas, saunas, pools, schools, kindergartens, apartments, a modern, luxurious hospital, even an amusement park. The grocery stores had shelves stocked with fresh produce and food. After April 26, 1986, Pripyat became the abandoned city; a city of ghosts, of dark, gloomy, overgrown forests, and pockets of lethal radiation.

At the time of the Chernobyl disaster the official population of Pripyat was 49,360, with an average age of 26. The city was set in a bucolic area surrounded by lakes, the river, extensive fields and thick woods. Pripyat was a remarkable city, a Soviet “nuclear city” designed by the best for the best.

The road to Pripyat was wide, well-maintained and smooth. Now it is overgrown with underbrush, and the forest ominously presses in on either side. This place resonates with the spirits of the displaced. The Soviets utilized over 1200 buses to relocate the inhabitants. Along this main road you can almost hear the old diesel engines of the buses and even smell the fumes. The residents were told that they could return in 3 days. They have never reclaimed Pripyat.

You can feel the energy of the children crying as they leave their prized possessions – each family member was allowed to carry out only one suitcase. Everyone and everything was transported from or abandoned within the special city of Pripyat. All that surrounds the main square are weeds, overgrown trees, and decaying buildings. All is lost here; all is contaminated and uninhabitable.

The actual reactor fire was only extinguished by the heroics of a handful of Soviets, flying helicopters that dropped ton after ton of sand, concrete, lead and boron upon the reactor graphite fire. The amusement park is dominated by a decaying Merry-Go-Round; an inactive Ferris wheel, a carnival sideshow, all collapsing in rot. Less obvious is where Soviet helicopters landed in the main parking lot of the amusement park so as to be washed of the radioactive elements after flying over Reactor No. 4.

The amusement park is filled with radioactivity. The source lies below. My guide summons me to one of the grated water drains. We are in the middle of the parking lot, and the Geiger counter is measuring roentgen emissions off the scale. We open the grate, and the emissions are louder. The radiation and danger lie concealed by the grates.

My guide and I arrived at Pripyat Hospital on a mud road. Its basement is one the most radioactive places on earth.

Before we could explore the hospital, my guide had very specific instructions. The basement was too dangerous and off-limits, we must stay together since he had the Geiger counter, I could not touch anything especially discarded bandages or clothing, I had to step in his footsteps, and, finally, we could not stay longer than 30 minutes due to the radiation. When I agreed to all those conditions, we exited the car onto the muddy road towards the hospital entrance.

The hospital stairs have disintegrated and the majority of the windows are missing. We step into the waiting room, and I am astonished to see triage records that were left in the evacuation. I feel my guide’s hand on my leg directing it away from a highly radioactive glove left by one of the first responders. Now I understand the true gravity of this admission area. All of the first responders came through this area; all were suffering from severe burns and severe radiation sickness. All of them died.

This hospital could easily be the star of any number of horror films, from the long hallways filled with abandoned equipment to the patients’ rooms complete with beds. You walk the halls and peer into abandoned rooms and treatment areas. Medicines, anesthesia machines with rotting tubing, and textbooks remain. You can feel the mass confusion as the staff and patients abandoned the hospital. Someone threw the contaminated suits of the firefighters into the basement. The last room I saw before exiting the hospital was the silent newborn nursery.

The Chernobyl catastrophe was the result of mankind’s hubris. Nothing could go wrong and yet the worst case scenario occurred.

Global warming, Fukushima, ozone holes, space debris; the environment of the earth is under attack, under siege. Most countries recognize these developments – some do not. I would hope that the lessons of the Chernobyl disaster, the ghost town of Pripyat, and the nursery of Pripyat Hospital would enlighten my readers. Become active and help save the world in which you live; speak out. Do not stand idle while the earth disintegrates around you. Failure to take a stand, voice your opinions and concerns will lead to disaster. The environment as we know it will disappear.

Charles E. Rawlings, M.D, J.D. is a world traveler, photographer and author of the award-winning coffee-table books, “Living Shells” and “Living Mollusks”, and the relationship books “Leaving Normal” and “It Really is that Complicated”. www.CharlesRawlings.com. 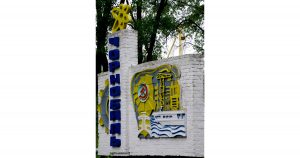