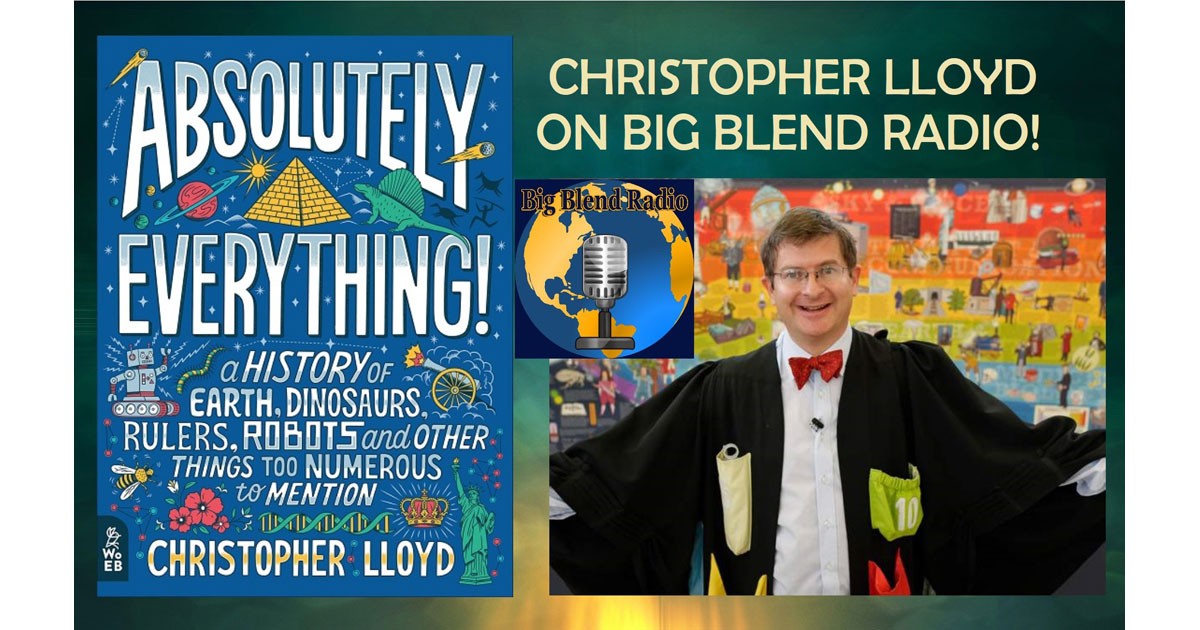 International bestselling author Christopher Lloyd talks with Big Blend Radio about his latest book, “ABSOLUTELY EVERYTHING: A History of Earth, Dinosaurs, Rulers, Robots, and Other Things Too Numerous To Mention.”  It’s an amazing rollercoaster ride through 13.8 billion years – for children and adults alike!

A graduate of Cambridge University, former Science Correspondent with The Sunday Times newspaper in London, and bestselling author of more than 15 books, including his international best-seller, What on Earth Happened?, Christopher Lloyd is famous for his engaging way of making historic connections and giving larger context to the isolated topics taught in school. He has been the winner of numerous Parents’ Choice Awards.

His newest book: ABSOLUTELY EVERYTHING: A History of Earth, Dinosaurs, Rulers, Robots, and Other Things Too Numerous To Mention embarks on an entertaining journey across millennia and continents. Readers learn about absolutely everything including the creation of planet Earth, the age of dinosaurs, the rise of humans, the miserable medieval times, globalization, wars, revolutions, technology – and much more!

Find out the answers to many big questions about our planet, animals, and the people inhabiting Earth. incredibly informative history of the world, from the beginning of time to the present day. The book also brings oddities in history to light:

From the Neanderthals to the Wright Brothers, from the Silk Trade to the Industrial Revolution, from dinosaurs to plastic, embark on an entertaining journey across millennia and continents. With photos, illustrations, timelines and maps in every chapter, there is no better way to understand the earth’s entire history.

A comprehensive narrative look at the history of Earth, from the Big Bang to the ways in which we can shape the future, the book is divided into 15 different periods and travels the globe from a legendary Chinese Empress said to have invented silk, researchers figuring out how ancient Egyptian embalmers really got the brains out of dead people, an African emperor on a gold-laden pilgrimage, T. Rex, King Tut, Cleopatra, Genghis Khan, Rosa Parks, Malala Yousafzai, wars, climate change, conquistadors, revolutions, religions, computers, artificial intelligence, and more… 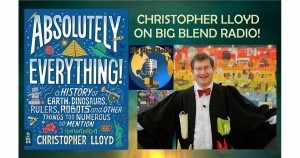