Corey Poirier: The Book of Why (And How) 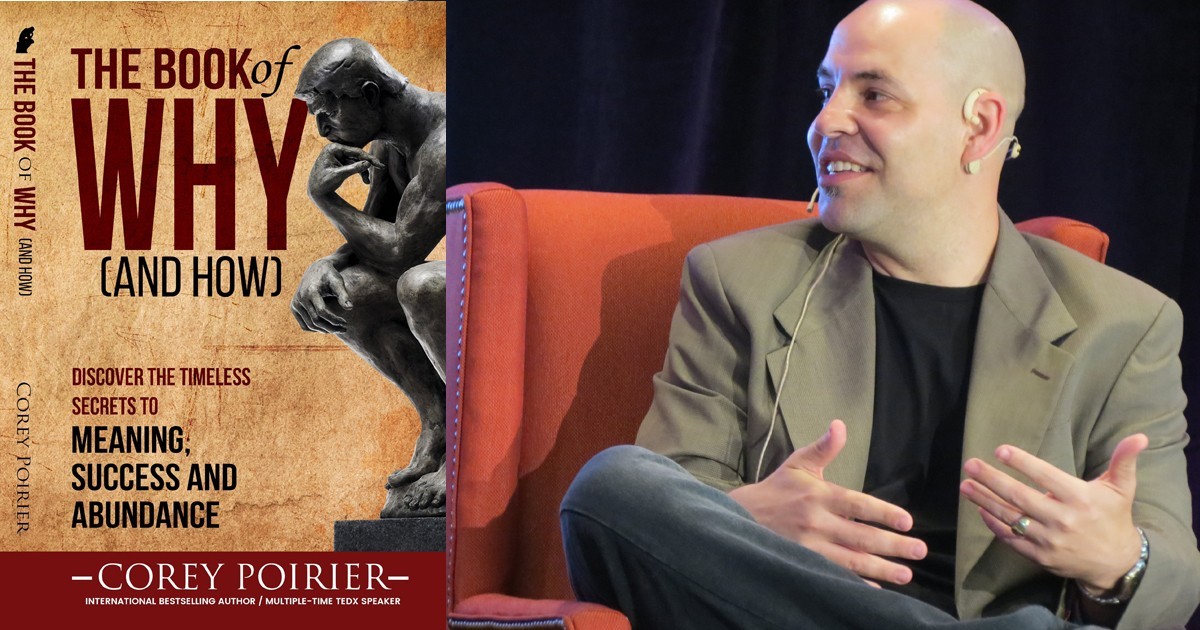 THE BOOK OF WHY (AND HOW)

Listen to the Big Blend Radio interview with Corey Poirier – an award-winning keynote speaker, best-selling author and radio host – who discusses his latest book, “The Book of Why (And How): Discover the Timeless Secret to Meaning, Success and Abundance.”

When Canada based Motivational, and multiple-time TEDx Speaker, Corey Poirier, started working for a Fortune 500 company in 1996 in Western Canada, that’s exactly how he felt when he discovered the training that would be provided by the 58th largest company in North America at the time, in one of the toughest industries in the world, would be minimal at best.

He had just started with the company and was led to a room where he was to sit for close to a week with nothing more than a Zig Ziglar training video. He decided on that day that at some point he would do his part to make sure fewer people, would feel helpless in that way in the future.

This was the catalyst for Poirier’s recently released 12th book called The Book of WHY (and HOW). A major expansion on his most recent book, WHY, the book reveals the timeless secrets Poirier has discovered while interviewing thousands of thought leaders, lessons on the four WHYS that can change a life and also includes bonus insight from almost 375 thought leaders, including Miami Ink’s Ami James, Leadership Guru Robin Sharma, and previously mentioned Kevin Sorbo (Hercules, Andromeda), Jack Canfield, Chalene Johnson and more.

No stranger to inspirational individuals, Poirier has interviewed more than 4000 influential leaders along the lines of those mentioned above and thousands more. You can learn more about and/or grab your copy of the new book of WHY (and HOW) at www.thebookofwhy.com. 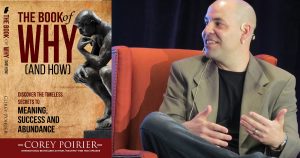