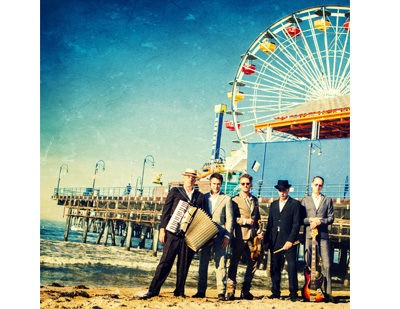 Cranky George: Los Angeles based Cranky George have brought together members and musical styles from both sides of the Atlantic to create a unique take on folk-influenced indie rock that is as special and diverse as the members themselves. Cranky George is made up of: James Fearnley – co-founder and accordionist for The Pogues; the Mulroney brothers, Kieran and Dermot who play a variety of string instruments; bass player Brad Wood, who has produced records for artist from the likes of The Bangles, Ben Lee, Pete Yorn, and Veruca Salt; and percussionist Sebastian Sheehan Visconti, a sound designer and sound effects editor who notably worked on the television series The Muppets and The Flash.

Cranky George’s full-length debut — Fat Lot of Good — is diverse in style and features common threads such as Cranky George’s signature folk-inspired instrumentation — including accordion, violin, mandolin, acoustic guitars and ukuleles. Listen to the Big Blend Radio interview with Kieran while piecing together the jigsaw puzzle of Cranky George, as featured on the front cover of the Winter 2017 issue of Big Blend Radio & TV Magazine (photo by Mara Casey).

Listen to the interview above while you make our online jigsaw puzzle below! Make the image full screen for easy viewing, use your mouse or arrow keys to rotate the pieces and drag them where you want to place them. Click on the Image icon to see the photo and click on the Ghost icon to control your workspace. 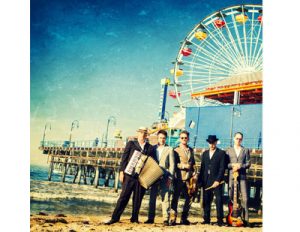