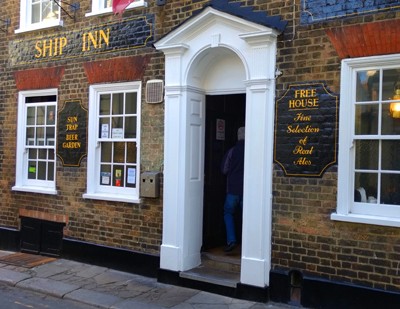 Travel and wine writer Hilarie Larson shares the Delights of Deal, a Classic British Seaside Town that she visited in spring 2017, on Big Blend Radio.

Standing amidst the bustle of St. Pancras Station puts you in the pulsating heart of London.  Throngs hustle their way from train to work or onwards towards the Eurostar to propel their way beneath the channel to Paris.  Heads are down, thumbs and fingers dashing madly over tiny keyboards, they’re oblivious to this awe-inspiring Victorian behemoth that once echoed the progress of a great multi-continent empire.

It’s hard to imagine that a short, 90 minute high-speed train ride can transport you to a world where modern England seems to have taken a bit of a break, but still kept up in the nicest way conceivable.  Where you might swill a pint in a 18th century public house or sip your way through a selection of organic wines at an upscale, yet cozy wine bar.  Or have a ‘full English’ for breakfast and new-age English Farm to table cuisine for dinner.

Deal, is such a place.

Located on the Kentish coast, with the English Channel lapping upon its shingle stone beaches, Deal is a mere 8 miles northeast of the famous and historic port of Dover and 25 miles from France. But this seemingly quiet town has a captivating history of its own, complete with a Roman emperor, Tudor kings, as well as heroes and villains of the seafaring kind.

The area’s first famous visitor was none other than Julius Caesar, who landed just south of the town in 55 AD.  Deal is mentioned in the Doomsday Book of 1086 and was chosen as a ‘limb’ of the ‘Cinque Ports’ – a group of five towns and their environs, located along the coasts of Kent and Sussex, established in 1155, (Deal was added in1278). Located close to France, these areas were given generous freedoms and were allowed to import goods without duty in exchange for defending the coastline and supplying the Crown with men and ships when called upon.  Henry VIII built a fortress here, in the shape of Tudor Rose, to defend the realm from the threats across the Channel.

The story of Deal is indelibly linked with the sea.

Six miles off the coast lies the infamous ‘Goodwin Sands’, a natural sandbar 10 miles long and 4 miles wide.  When the tide is low, it afforded ships a safe anchorage while they waited for favorable winds to continue their journeys through the narrow shipping lanes to Dover or up the coast to the Thames Estuary and on to London.  When the waters of the channel rose, that same haven became a quagmire and the graveyard of over 2000 shipwrecks.

The Goodwin Sands also fostered institutions that forged the town’s identity: the Royal and Merchant Navies and the Deal Boatmen.  The Sands proved to be a perfect wartime shelter for the Navy and by 1672 a Naval supply yard was established.  Deal prospered as it became the launching point for supplies and ships during the French Revolution (1789-99), and the Napoleonic Wars (1803-1815), and hosted such famous names as Lord Nelson (and of course Lady Hamilton) and in 1771 welcomed home Captain James Cook upon return from his first voyage to Australia.

Some viewed the Deal Boatmen as heroes of the sea while others thought them reprobates, thieves and cons.  Essentially, they performed a variety of much needed tasks such as ferrying sailors to and from their ships anchored on the sands, and rescuing those shipwrecked. They also salvaged cargo and equipment from those ships, registering it with the local Salvage Commission and insurance companies. There was, however, a less ‘valiant’ side.

In the 18th century, Deal was considered seedy and notorious.

The dark, narrow streets of the village were built right up to the shore line – a winding warren of small courtyards and hidden passages, perfect for smuggling.  Many boatmen would stash treasures like tobacco, spirits, tea, lace or silks in their hats, boots or specially designed trousers. More elaborate schemes would land boats on the beach in the cover of night, spiriting their ‘booty’ away through a labyrinth of tunnels and underground hiding spots.

By 1815, Deal was in a downturn.  The boom years of war were over and steamships had replaced the sail.  Charles Dickens attended the dedication of the new Railway Station in 1847. The Boatmen’s services were no longer in such high demand and by 1861 the Navy was all but gone.  The dilapidated remnants of the Naval Yard were demolished in 1864 to make way for modern Victorian homes and hotels. Deal was to be promoted as a tourist getaway from the noise and stale air of the big city.  Where once derelict smuggler’s shacks lined the seafront, a new wide street and fashionable ‘promenade’ appeared.

After WWII, many of the Georgian buildings in the original town were slated for demolition, deemed slums and a health hazard.  Well-known local figures such as playwright/composer Noel Coward (who lived in nearby St. Margaret’s at Cliffe), classical composer John Ireland, journalist Nathaniel Gubbins, joined with preservationists to launch a successful campaign to save these outstanding examples of a bygone age. Deal’s history was to be respected and the Deal Preservation Society was formed.

The next challenge came during the ‘modernization’ movement of the 1960s when the government, once again, thought the people of Deal should demolish the old and adopt a shiny new civic center complete with housing towers. The citizens protested and won, Middle Street and its surrounding lanes became the very first conservation area in Kent.

Many of these Georgian era cottages are being lovingly restored, by Londoners, as summer homes.  New shops and restaurants, wine bars and galleries are joining the ranks of the local ‘chippy’ and classic pubs.  Music is almost as integral to Deal as the sea and you’ll find it everywhere. Many artists live or visit, finding the anonymity, character and tranquility of the town an inspiration. Chances are, you’ll feel the same.

See and Do: Deal is small which makes it perfect for wandering. Beach Street will take you along the seafront past an array of Georgian and Victorian architecture. Deal Pier will be 60 this year so celebrate by walking all 1026 feet of the last fully intact leisure pier in Kent.  There’s a charming restaurant, ‘Jasins’, waiting for you at the end. Enjoy a cuppa with your ‘Full English’ and, if the weather’s clear, you just might see France.

You’ll find small boutiques, restaurants and grocers on the High Street, voted best in Britain by the readers of The Daily Telegraph in 2013. Follow the ‘Blue Plaque Trail” (booklet online) to discover some of Deal’s notable residents or stroll aimlessly down Middle Street and soak in the history. Revel in Tudor history when visiting Deal Castle.

Music lovers can enjoy an espresso or a pint while perusing the ever-changing vinyl selection at ‘Smugglers Records’ – also a great place to learn more about the local music scene and the ‘Canterbury Sound.’

Eat & Drink: If you want to visit every pub in town, plan an extended visit for there are many. ‘The Lighthouse’ is a hip, music driven venue, ‘The Saracen’s Head’ exudes neighborhood Victoriana and the ‘Ship’, in the heart of Middle Street (circa 1764) is a classic Free House. Ask them about their ‘Happy Half Hour’.

Wine is well represented at the cozy ‘De Bär’, always lively ‘Bloody Mary’s’ and Le Pinardier’ (French for wine merchant) where you can choose organic vino by the glass or bottle, grab a seat at one of the long tables, listen to music and make new friends.

When you’re hungry, try the catch of the day at ‘Middle Street Fish Bar’ or, if you fancy a curry, follow your nose down the road to Malaad Tandori. Treat yourself to classic British cuisine that’s fresh and modern – not a mushy veg in sight – at ‘The Frog and Scott’, ‘Victuals & Co’ or ‘The Bohemian’. And if you crave a late night snack ‘Dial a Pizza’ is there for you.

Where to stay: Be like Lord Nelson and enjoy the seaside accommodation of the Royal Hotel or check out the many AirBnB options and live like a local. 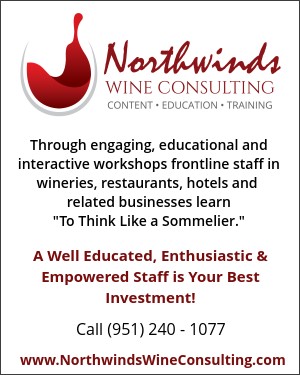 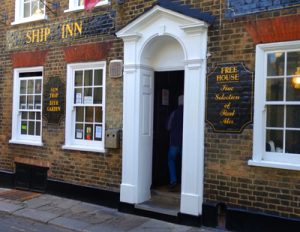