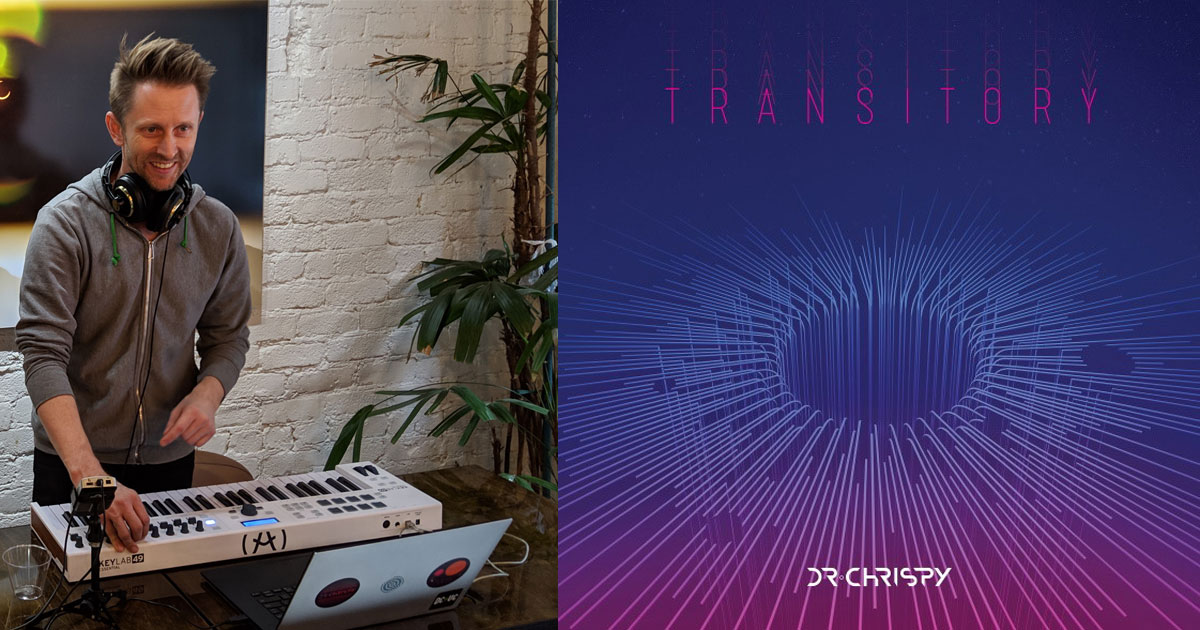 DR CHRISPY (aka Dr. Chris Boshuizen) is a music producer, songwriter, and award-winning aerospace engineer dedicated to sharing his love of both music and space exploration. Following the release of his 2018 debut album VHS, the 2019 singles “Drive” and “Voyager at the Heliopause” (with music video), and the subsequent VHS Remixed album, DR CHRISPY is now proud to announce the TRANSITORY EP, an exciting new release featuring collaborations with a diverse group of special guests and innovative producers from around the world.

The TRANSITORY EP is a collection of short stories, each one a first-person narrative from a different speaker. With the stories woven over old school beats and instrumentation, every track features sampled monologues or dialogue with a mixture of live, sampled, and electronic instruments to create a nostalgic feeling that is simultaneously comforting yet unfamiliar. There’s a four-on-the-floor beat and some outside-the-box instrumentation for the dance genre, including saxophone!

With this new release, DR CHRISPY explores the unconventional but presents it in a familiar and digestible format with mid-tempo dance beats. The three different tracks, each with distinct themes, cycle from the morning, to afternoon, to evening, mirroring our own self-reflections as we move through our day. We are different people late at night than we are early in the morning; who we really are is TRANSITORY.

In addition to his original tracks, DR CHRISPY worked with contributing artists to bring their unique perspectives to the TRANSITORY EP. The Stunt Man aka Greg Mindorff is a music producer, DJ, fellow space enthusiast, and Grammy-nominated mastering engineer from Vancouver who mastered the TRANSITORY EP. Haji Mike is a featured artist who contributed dub poetry vocals to the track “Transitory Evening (Afro Travel).” Haji Mike started DJ’ing music in 1979 and as a musician is known for his hybrid of Jamaican dancehall and Cypriot melodies which he calls “Vraggamuffin,” and he is also a dub poet and DJ playing on various radio stations around the world. The “Afro Jungle” remix is the creation of producer, composer, and arranger Med Dred, a roots, reggae, and dub melodica soloist and reggae music specialist.

Contributing a remix of the track “Transitory Evening,” Hadfes Oblivion is the man behind Synthapex. With a background in metal, Hadfes Oblivion has played in a number of bands and now, with Synthapex, is exploring the electronic and synth-wave genres. The group recently released their breathtakingly cinematic music video “Gone This Night,” featuring a short cameo appearance by DR CHRISPY! Psybolord is a Moscow-based producer who has gone from deathcore to electronic music. Psybolord merges techno with Russian folk motifs, and classical music organically gets along with synth-wave and French-electro, as heard on his remix “Transitory Afternoon.” Closing the EP is a remix of the track “Transitory Morning” from Aeronexus, a solo project by Harry Rowlands, who produces 80’s movie soundtrack-inspired tracks mixed in with synth-wave.

After having worked at NASA inventing new kinds of spacecraft and co-founding the company Planet Labs, Chris Boshuizen decided to pursue his art full-time, adopting the nickname “Chrispy” that was given to him by his NASA co-workers. Unlike other notable “doctors” in the music industry, DR CHRISPY has a Ph.D. in Physics, and in 2014 he won the Advance Global Australian of the Year Award for his contributions to Science and Advanced Manufacturing. Leveraging his years of experience with computer music, Chris will teach his fourth introductory workshop on electronic music production at this year’s annual Taxi Road Rally in Los Angeles. DR CHRISPY’s goal as an artist is to connect music and tech while bringing a message of hope and empowerment to his audience. DR CHRISPY runs his home studio in San Francisco where he is actively writing and recording new music. 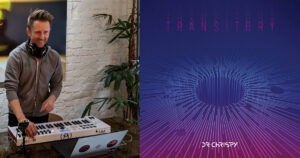