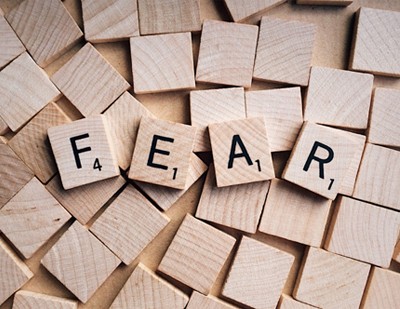 Corey Poirier, an award winning Keynote Speaker, and international best-selling author, shares his tips on how to Crush Your Fears and Expand Your Comfort Zone on Big Blend Radio.

I was watching the movie Pain and Gain recently.

In the movie it was noted that the letters to fear stand for False Evidence Appearing Real. Yet, when people attempt to conquer their fears, more often than not, they certainly appear more real than false.

The good news is that I have discovered, as a result of over 4000 interviews with Influential Leaders ranging from Jack Canfield (Chicken Soup for the Soul Co-Creator) to T. Harv Eker (Author of The Millionaire Mind) to Former World Champion Trish Stratus, that one of the surest paths to discovering one’s full potential is through conquering said fears, and as a result, expanding one’s comfort zone.

In fact, when organizations hire me to speak at conferences, I regularly share that the surest way to reach your true potential is to tackle your fear so that you can begin the process of expanding your natural comfort zone. I then proceed to back this statement up.

To give you an example of the impact this has had on my life personally, in 2002, I tackled my greatest fear, public speaking.

At the time, my effort saw me take the stage to try my hand at stand-up comedy. I felt if I could get onto and stay on that stage, I could transition much easier to speaking.

The experience was far from comfortable. The entire time I was covered in sweat, and my heart was racing from the first second I took the stage until almost two hours later.

Yet, after trying, and surviving, my first stand-up performance, I found myself exhilarated.

I had, in some small way, expanded my comfort zone ever so slightly while also facing a great fear. I hadn’t won the war, but I was certainly on the field.

I took the stage again the following week, and the week after that, and, slowly but surely, my fear of speaking in public, along with my fear of performing stand-up comedy in public, continued to reduce, even if slightly each time.

My comfort zone ultimately expanded slightly until eventually, it was perhaps twice the size of what it was the first time I took to the stage.

The result of this expanded comfort zone was the ability to tackle each additional fear with greater confidence until I was jumping out of a plane despite a fear of heights and surfing in Tofino, BC despite a fear of water.

Perhaps most significant, I was crushing my goals in all areas of my personal, and professional, life at a pace I never thought possible.

Back to my original point.

I can’t promise you that tackling your fears will be easy. Few of the great things in life are.

It also may require you to take many baby steps.

Worse though, than taking baby steps, or doing something that may be at first slightly uncomfortable, is regret.

After the thousands of interviews mentioned, I can tell you that few things are worse than regret.

Perhaps that’s why time again, when I have interviewed high achievers who have tackled fear after fear, they reiterate over and over that the only regrets they have are in relation to the risks they didn’t take when they had the chance.

That’s why my hope is that you don’t have to live with such regret, and so my challenge to you is that you start taking baby steps in your effort to face your fears.

It will also get much easier…but like me, you won’t know that until you take that first step.

And life is far too short to not take that step.

Why? Because it’s a step that could lead to you discovering your passion, finding a new career, becoming the biggest and best you possible, meeting the love of your life, launching the business of your dreams…or maybe, just maybe,  jumping onto the stage and launching into your very first stand-up set!

Whatever baby step you decide to take, here’s to your greater success…
Corey Poirier is an award-winning Keynote and multiple time TEDx and MoMonday’s speaker, host of a top-rated Radio Show, and he has been featured in one-hour television specials on Eastlink TV and TeleTelevision. He is also a columnist with Entrepreneur Magazine, and having interviewed over 4,000 Influential Leaders, he is also an International Best-Selling Author with 10 books to his credit. Visit www.ThePassionCure.com or www.ThatSpeakerGuy.com. 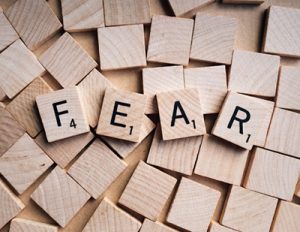