Getting Off On Frank Sinatra 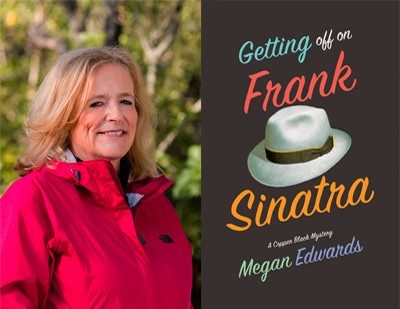 GETTING OFF ON FRANK SINATRA

Listen to the Big Blend Radio interview with Megan Edwards, author of “Getting Off On Frank Sinatra: A Copper Black Mystery”.

Aspiring journalist Copper Black has just found out that her boyfriend is responsible for his not-quite-ex-wife’s pregnancy. An unexpected house-sitting job at a notorious Las Vegas “party house” should provide not only a pool with a swim-up bar but also much-needed distraction.

While researching a story about an exclusive private school, Copper accidentally discovers the dead body of the school’s beloved founder. Now involved in a high-profile murder investigation, Copper turns to her brother, a civic-minded pastor who is overseeing the construction of a center for the homeless. A Paiute medicine man claims the site is a sacred burial ground, attracting hordes of protesters.

As she tries to solve the murder, help her brother, advance her career, and sort out her love life, Copper stirs up a world of trouble. Her escapades as she evades a sociopath, a disturbed cowgirl, and a suspicious homicide detective make Megan Edwards’ rousing debut novel Getting Off on Frank Sinatra a nonstop roller coaster of a read.

Megan Edwards lived above the hills of Los Angeles until her home and possessions were claimed by wildfire. Deciding to take some time off, she traveled the country and rolled to a stop in Las Vegas. Enchanted by the city, she founded Living-Las-Vegas.com. “Getting Off on Frank Sinatra” is her first novel. Visit www.MeganEdwards.com. 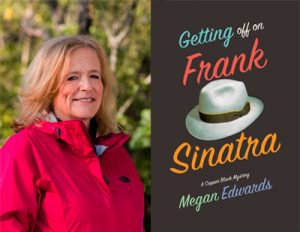