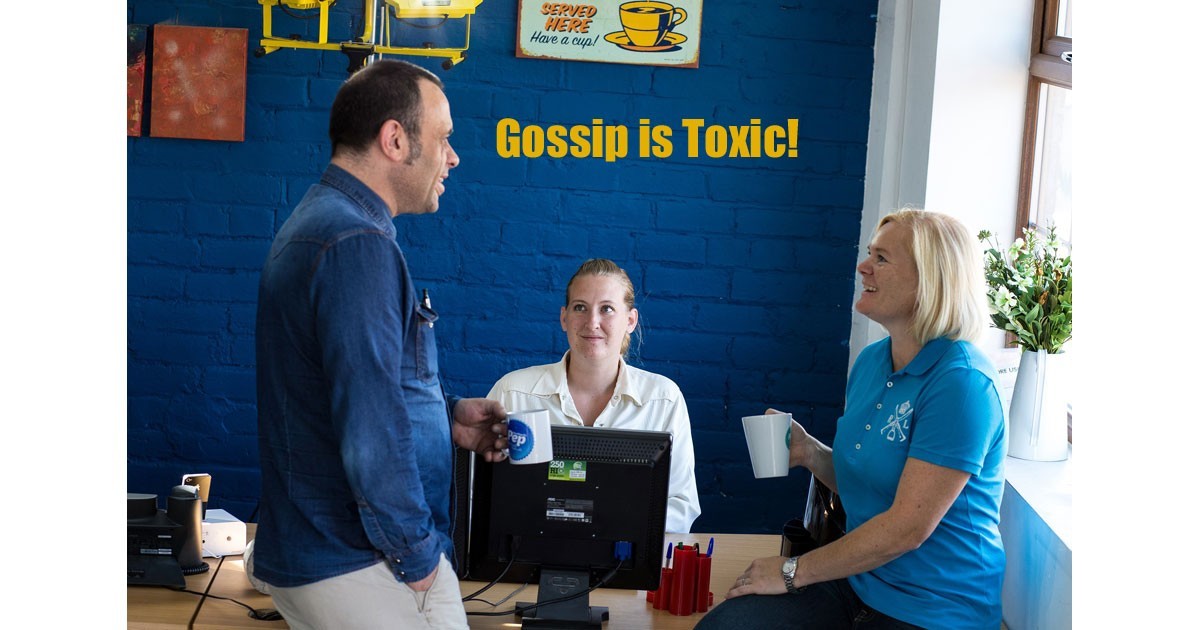 Sarah H. Elliston, author of “Lessons from a Difficult Person – How to Deal With People Like Us” shares tips on how to diffuse toxic office gossip on Big Blend Radio.

“I always said she’d get what she deserved.”

Little whispers, bunches of chitty-chatty heads together, time spent on catching up on the latest – these are signs of office gossip which signal death to productivity and a positive work environment.

I worked for a large organization that reorganized itself every 3 or 4 years as part of re-committing to how it fulfilled its mission. I had been there for three years when it happened the first time and I was completely astonished at the stress I felt around me. People worried about keeping their jobs, they worried about having a new boss, they worried about being given new responsibilities. I was so new to this, so naïve, it didn’t occur to me that my job was in jeopardy. I had been a school teacher and changes came very slowly in that world. I just watched and wondered at their gossiping. There was sniping at certain managers and negative comments about colleagues – lots of fear.

In this case the impact of gossip eroded a positive work environment and destroyed morale. There was a sense of teenage drama and it took time away from work. My colleagues felt powerless and they grew anxious.

Gossip is divisive and good colleagues start to look for other employment.

How to avoid it?

Be nice, it’s catching. People are less interested in telling tales about colleagues when they like each other and the tone in the environment is positive.

Find something positive to say about everybody you meet at work each day. Complete the sentences:  I appreciate your for ….I applaud you for….I admire you for …. I like the way you ….

Thank your colleagues, your boss, your assistant for their work.

Be very clear about the impact of change on people’s positions. My supervisor told all of us on her team that our jobs weren’t being eliminated, they might be changed and we would learn that but for now we should keep doing what we were doing because it was important. The stress level in our department went down significantly. And in the 25 years I worked there, the reorganizations occurred a few more times but I never responded to the gossip. I checked in with my boss and kept working.

What to do about it?

A wise mentor once told me that gossip is saying things about another person that the other person didn’t give me permission to talk about. It made perfect sense to me and I thought it simplified the decision about not gossiping. People had told stories about me and I hadn’t liked it. I didn’t want to gossip.

Yet it’s not as simple as I thought.  It was sort of nice to hug to myself the knowledge about another that I couldn’t mention. I found I wanted to tell. I walked away, most of the time.

Harder was asking the important question:” Did she give you permission to tell me this?  If she didn’t, then I am not interested in hearing it.”

Oomph! Whap! Like a slap.  That question feels mean and abrupt and abrasive.

If this sounds hard, some other things I suggest:

The key in this conversation is listening to their response, really listening.  Don’t think about what you want to say, hear the other person out.  I promise you that somewhere in their past the gossiper has felt gossiped about or mistreated by some group and in defense, they gossip, criticize and judge others.  It may be buried in their past or it may have been in their last job, but what is important is that you hear them and you don’t judge them.

You listen until they are done. Then you point out the impact of their behavior, and remind them of the negative results on work relationships that gossip has.  You ask them if that is what they want in their work environment.  And finally, invite them again, to come to you with any gossip they hear and want to repeat.  You are willing to listen, if they just have to tell someone.

Sarah H. Elliston is the author of “Lessons from a Difficult Person – How to Deal With People Like Us”. She is a faculty member of the William Glasser Institute and is a workshop leader and trainer who is certified in Values Realization, Parent Effectiveness Training and Reality Therapy. For more about Reality Therapy and to read Sarah’s blog, visit www.SarahElliston.com 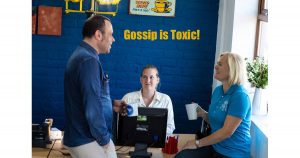