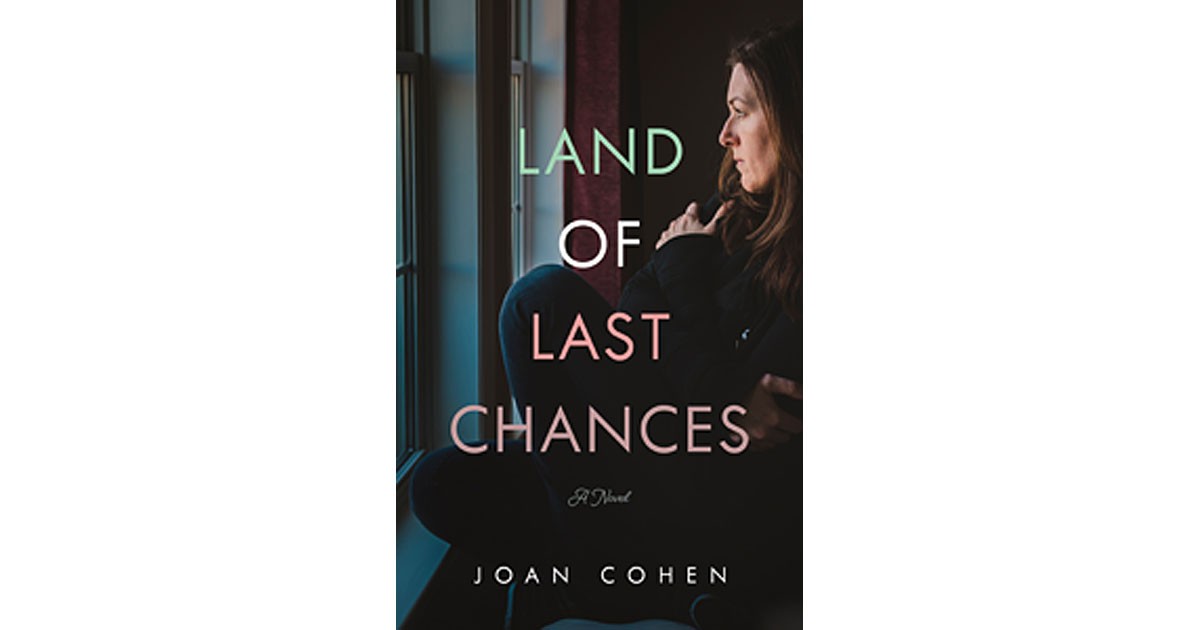 JOAN COHEN: AND OF LAST CHANCES

When an unmarried 48-year-old executive discovers she’s pregnant and doesn’t know which of the two men in her life is the father, she realizes her professional risk management skills don’t extend to her personal life. Worse yet, she may carry a rare hereditary gene for early-onset Alzheimer’s. Whose needs should prevail – hers or the next generation’s?

In her new novel, “Land of Last Chances, ”author Joan Cohen shines light on the silent but sizable struggles faced by real-life career women. And those challenges become even more complicated when a woman facing a possible at-risk pregnancy learns about the pervasive, incurable disease that could change the trajectory of her life.

Though the story is fictional, Cohen draws from her decades as a sales and marketing professional––a career she balanced with raising her family in Massachusetts. And because of her experience both with her own family and as a member of the advisory board for Boston University’s Alzheimer’s Disease Center, Cohen also sought to illuminate the challenges of another misunderstood group: those suffering from Alzheimer’s disease––the only top-ten cause of death that cannot be prevented, cured or slowed.

“Ten years ago, I heard philosopher/writer Alain de Botton speak on the need for more workplace fiction, yet a literary agent told me soon after that business fiction doesn’t sell,” Cohen says. “Since women buy more books than men, one would expect most business fiction to feature women, yet it seems that women are instead the target audience for nonfiction self-help books on how to succeed. Give us some credit for already knowing how to ‘lean in.’ Many of us want to read about women dealing with career struggles we recognize.”