Julia Brewer Daily: No Names To Be Given 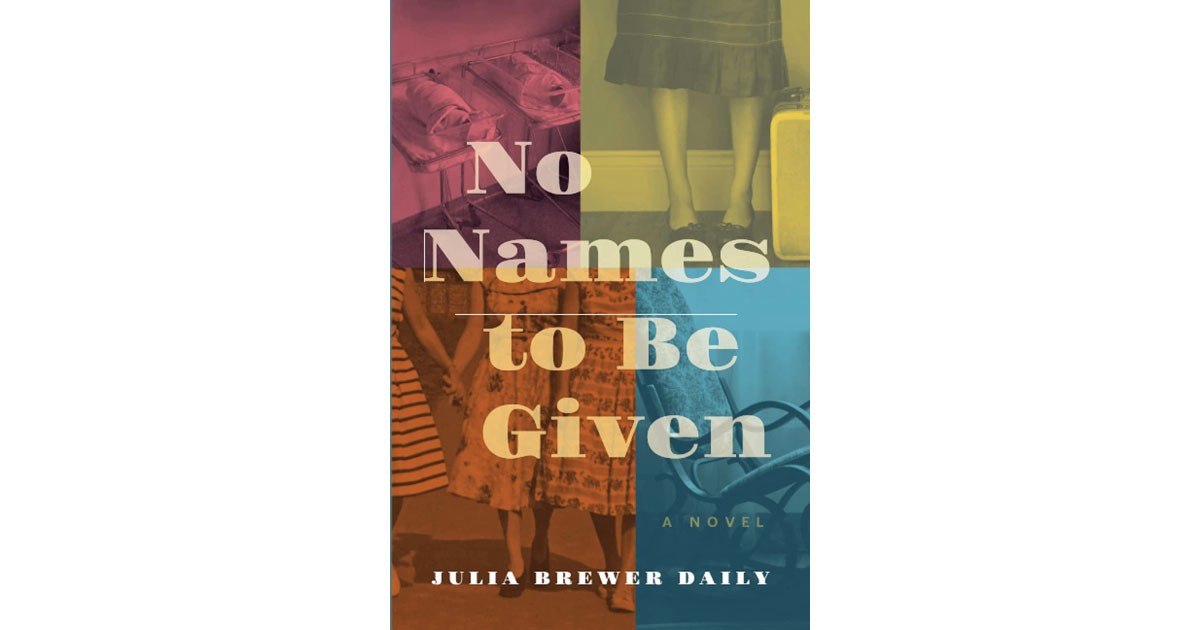 JULIA BREWER DAILY: NO NAMES TO BE GIVEN

ON BIG BLEND RADIO: Author Julia Brewer Daily discusses her novel, “No Names to Be Given.” Watch here in the YouTube player or download the podcast on Spreaker, Podbean, or SoundCloud.


Would you be able to give up your first-born to strangers? Told from the perspective of three different women in the 1960s, “No Names to Be Given” (Admission Press) delves into the lives of three young women forced to do just that. The heartbreaking but uplifting debut novel by Julia Brewer Daily is a story that chronicles the desperate push and pull between family and redemption.


The widely anticipated and award-winning debut is a glimpse into the lives of women forced by society to gift their newborns to strangers. Although this novel is a fictional account, it mirrors many of the adoption stories of its era. When three young unwed women meet at a maternity home hospital in New Orleans in 1966, they are expected to relinquish their babies and return home as if nothing transpired. Twenty-five years later, they are brought back together by blackmail and their secrets threatened with exposure — all the way to the White House.


Told from the women’s perspectives in alternating chapters, readers will be mesmerized by the societal pressures on women in the 1960s who found themselves pregnant without marriage. How that inconceivable act changed them forever is the story of “No Names To Be Given,” a novel with southern voices, love exploited, heartbreak and blackmail.


Julia Brewer Daily is a Texan with a Southern accent. She holds a B.S. in English and a M.S. degree in Education from the University of Southern Mississippi. She has been a communications adjunct professor at Belhaven University in Jackson, Mississippi, and public relations director of the Mississippi Department of Education and Millsaps College, a liberal arts college in Jackson.


She was the founding director of the Greater Belhaven Market, a producers’ only market in a historic neighborhood in Jackson, and even shadowed Martha Stewart. As the Executive Director of the Craftsmen’s Guild of Mississippi (300 artisans from 19 states) which operates the Mississippi Craft Center, she wrote their stories to introduce them to the public.


She is a member of the Writers’ League of Texas, the Women Fiction Writers’ Association, the San Antonio Writers’ Guild and the Women’s National Book Association.


Daily is an adopted child from a maternity home hospital in New Orleans. She searched and found her birth mother and through a DNA test, her birth father’s family, as well.  A lifelong Southerner, she now resides on a ranch in Fredericksburg, Texas, with her husband, Emmerson, and Labrador retrievers, Memphis Belle and Texas Star. For more on Julia, visit her website www.juliadaily.com. 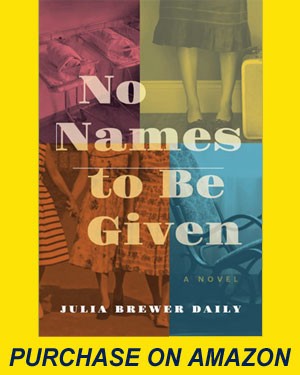 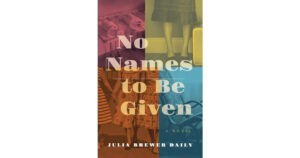