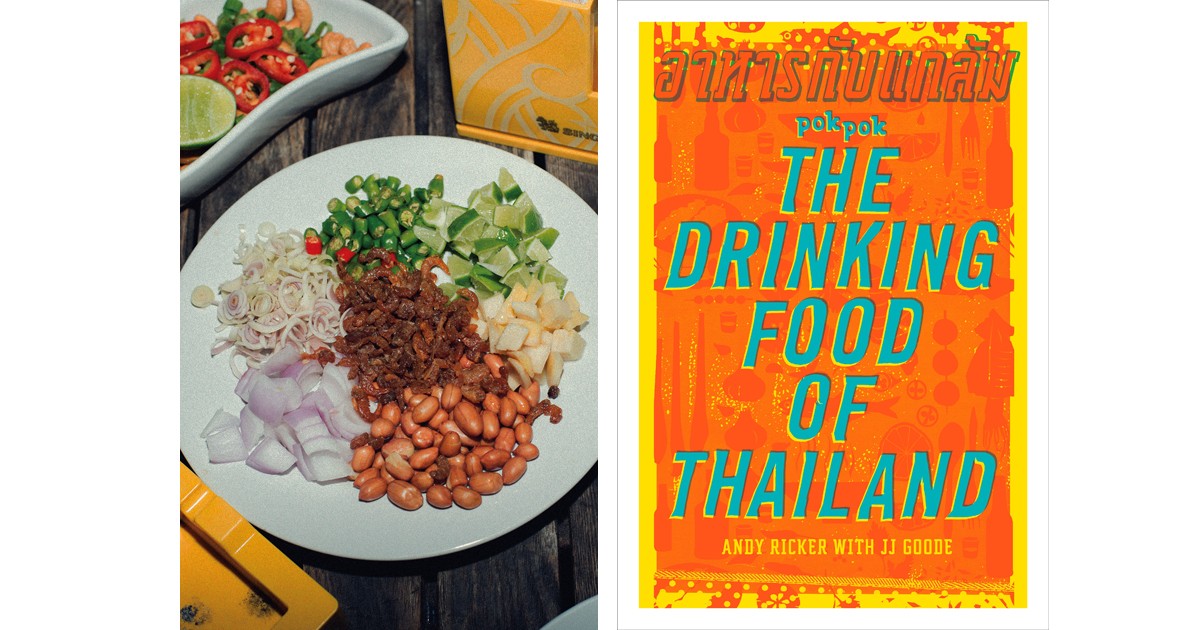 Executing this recipe is a no­brainer. Still, you can up your game by choosing small hands of thin­skinned ginger and smooth, glossy­skinned limes. The former tend to be less fibrous, and the latter tend to have less pith and more juice than their dull, rough­peel counterparts. That’s all the better, of course, since you’re eating both of them raw, and in the case of the lime, with the peel and pith intact. Serves 2 to 4.

Wash the limes especially well, since you’ll be eating the peel as well as the flesh. Cut off both ends of each lime to reveal the flesh, and stand a lime on one of the flat ends. Cutting from the top to the bottom and following the contour of the fruit, cut off pieces ¼ inch / 6 mm thick that include both the peel and the flesh, then cut the pieces into ¼-inch / 6-mm dice. Repeat with the second lime. You’ll need 20 g / 2 tablespoons diced lime for this recipe. Reserve the remainder for another use.

Arrange the lime, shallots, ginger, chiles, lemongrass, peanuts, and shrimp each in its own pile on a small plate. Serve with spoons.

When Andy Ricker first fell in love with Thailand, it wasn’t just the country’s street stalls and restaurants that drew him in. Early on, Ricker learned that there is an entire subset of Thai cooking called aahaan kap klaem, or “drinking food,” which is largely unknown in the United States yet boasts some of the most craveable dishes in the Thai canon. Known for being particularly sour, chewy, spicy and salty, they are the perfect accompaniments to a few drinks and the company of good friends.

In “The Drinking Food of Thailand”, Ricker shares accessible and detailed recipes for his favorites: phat khii mao, a fiery dish knows “Drunkard’s stir-fry”; thua thawt samun phrai, an addictive combination of fried peanuts with makrut lime leaves, garlic, and chilies; and laap muu thawt, a dish of fried minced pork patties that Ricker originally encountered in a campy Bangkok bar. Featuring entertaining and heartfelt stories of Ricker’s years on the roadd in Thailand, plus insights from the Thai cooks who taught him along the way, “The Drinking Food of Thailand” is as fun to read as it is to cook from, and will become a modern classic for any lover of Thai cuisine.

Andy Ricker worked in restaurants all over the world before opening his first restaurant, Pok Pok, in Portland. He has since gone on to open Whisky Soda Lounge and Pok Pok Noi in Portland, and Pok Pok NY in New York City. The winner of a 2011 James Beard Award for Best Chef Northwest, Andy splits his time between Chiang Mai, Thailand; New York City; an Portland, Oregon.

JJ Goode is a Brooklyn-based writer who has co-authored several books including April Bloomfield’s “A Girl and Her Pig” and “State Bird Provisions’ with Stuart Brioza and Nicole Krasinski. 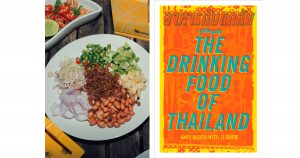