Lafayette, a Slice of Another World 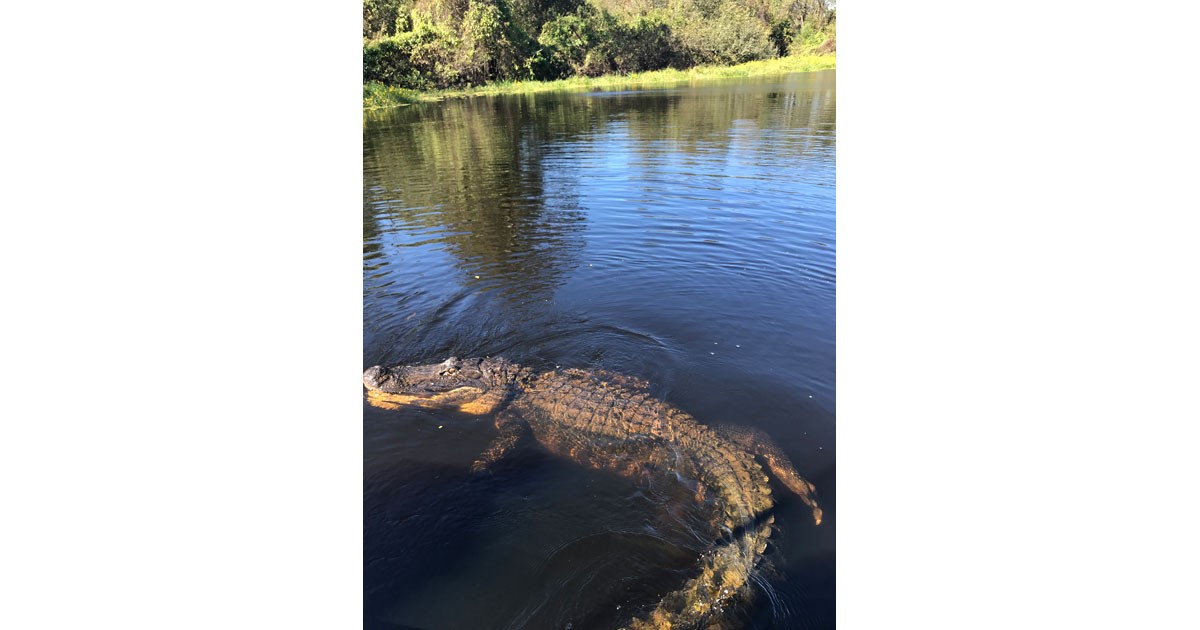 LAFAYETTE, A SLICE OF ANOTHER WORLD
By Linda Milks

Feet glide and clickety-clack on the wood floor. Tapping and scraping emanates from a washboard being played with thimble-covered fingers. Melodic organ-like notes flow from the accordion, fondly referred to as a “squeezebox” with diatonic buttons.


The aroma of smoky, sweet, fatty bacon wafts through the air along with the spiciness of paprika, file, and the Holy Trinity–onion, celery, and bell pepper. (More about the Holy Trinity follows.)

Reflecting back on a trip to Lafayette, Louisiana, my first thoughts go to the people and the music. And then there is the food. To me, nowhere exemplifies all of these better than Buck & Johnny’s in Breaux Bridge, about 20 minutes from Lafayette, Louisiana.


Being a neophyte to any culture from this region of the country, I had a lot to learn when we traveled to Lafayette. There is so much culture and tradition in this region, and that is the reason I wanted to venture to this city.

The Roots of the Region
Lafayette is home to a very rich culture with roots to Cajun (that are French-speaking Acadians driven from Nova Scotia) , Creole, French, Spanish, African and Native Americans.  The earliest history is of settlement along the Vermilion River by the Atakapa Indians. The first European settlers in the area were mainly smugglers and trappers.

The Food
All of these cultural roots bring together some very interesting and complex food.

Creole refers to descendants of the French (and later, Spanish) settlers and then those from Africa. Since food was prepared in kitchens of New Orleans with its port access, ingredients often came from the Caribbean, Africa, and Europe. This food was considered to be “city food.” Cajuns clung to their French heritage and cook with the “holy trinity”—onion, celery, and bell pepper. Cajun food is considered more “country food.” Since Cajuns didn’t have access to refrigeration like Creoles did, they adapted by using smoke and salt.

Another test of whether food is considered Cajun or Creole is the tomato which generally is not used in Cajun cooking because Cajuns had no access to that produce staple. Both go heavy-handed on the spices. However, this doesn’t necessarily mean hot spices. Some of the most common spices are paprika, thyme and file (ground sassafras). After a few meals in this wonderful city, I knew it was no wonder Lafayette was named “Best Food City in the USA” by Rand McNally and “Tastiest Town in the South” by Southern Living Magazine.

The Music
Zydeco’s rural beginnings and the prevailing economic conditions at its inception are reflected in the song titles, lyrics, and bluesy vocals. The music arose as a synthesis of traditional Creole music, some Cajun music influences, and African-American traditions, including R&B, blues, jazz, and gospel. As a result, the dance is part waltz, shuffle, two-step, blues, and rock and roll. Today, zydeco blends the traditional roots of the music with soul, reggae, hip hop, ska, and Afro-Caribbean.  Zydeco is always played on a piano accordion and a washboard, but many times has drums, and guitar, too.


Young children learn to dance Zydeco in classes along with their public education. There seems to be no lack of interest in dancing to this wonderful beat. Every place we went had a bench along the wall where those awaiting a chance to be invited to dance with a partner patiently sit while listening to the music and tapping their feet to the beat.

Life Along the Atchafalaya Swamp
No trip would be complete to Lafayette without an airboat swamp tour and a chance to meet Sherie and Hercules. Captain Tucker with the Atchafalaya Basin Landing & Marina is the perfect guide for this airboat swamp tour. He grew up in the area and has loved the swamp all of his life. He even confided in us that when he was a boy, he and his brother brought baby alligators home to live in the bathtub until their mother told them the alligators were getting too big to be indoor pets. All the color of the swamp is brought to life by Captain Tucker.


Although the gator population in the swamp is high right now, when we were there in September and October most alligators were hiding in the vegetation. April and May is mating time when more are visible.

The Atchafalaya Basin and Swamp, the largest wetland and swamp in the United States, is comprised of wetlands and river delta area where the Atchafalaya River and the Gulf of Mexico converge. Besides the vastness of this wetland, more than half of it contains the largest contiguous tract of cypress in the country. There are notches cut in some remaining stumps from the harvesting that took place by hand. One man would climb the tree while the other man would cut notches so they could insert a springboard to saw back and forth.

But back to Sherie and Hercules. Sherie is a smaller and blind female alligator who is easily located. Hercules is a much more unruly creature. He is around 14 feet long and weighs around 600 lbs. He probably came from a clutch of 40-50 eggs where all the young ones were very vocal. Captain Tucker knows exactly where Hercules hangs out, and guides the airboat over to Hercules to offer him some tasty morsels, encouraging him to show up for those of us wanting to photograph him. Hercules has been known to fight off younger gators who are daring enough to come near the boat by flinging them through the air. After all, this is his territory.

For your opportunity to travel this slice of another world, contact  Lafayette Convention & Visitors Commission at www.LafayetteTravel.com.

Linda Milks is a food, wine and travel writer living in Southern California. Linda believes traveling exposes us to other cultures which grows understanding, tolerance and acceptance. She loves to share her stories and experiences via freelance travel writing to capture the reader and rouse an interest in discovering new horizons. Sometimes it’s the hidden gems that bring Linda the most joy. Whether Linda travels to Switzerland; Punta Cana; Bordeaux; Italy; Birmingham, Alabama; or Door County, Wisconsin, she finds unique aspects of the area through conversations with the people with whom she comes into contact. She has found there is beauty in the commonplace as well as the exotic. Follow her adventures on her new travel site, www.ToastingFoodWineTravel.com. 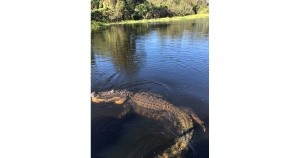