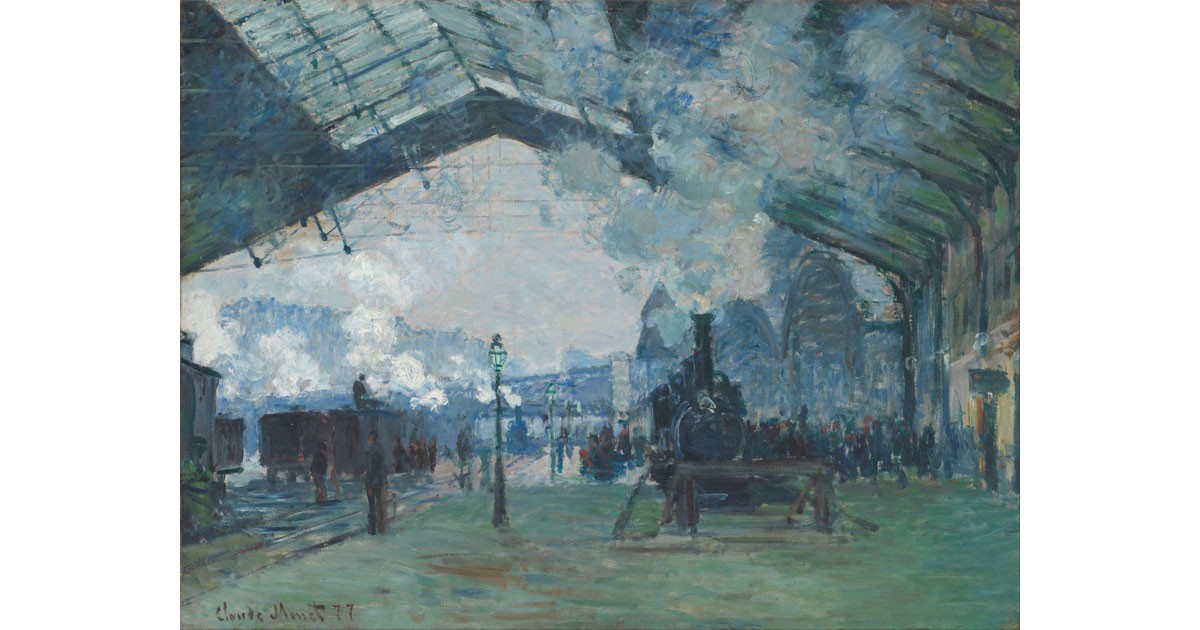 Light.  A simple word that represents the way our world is illuminated for us by the miraculous mechanism of the eyes and brain working together to interpret the shapes, space, textures, and colors of our surroundings allowing us to function as human beings. Natural light varies with the relationship of the sun to the earth, time of day, changing atmospheric conditions and weather, as well as the objects off which light reflects or is absorbed.


Some artists work with the phenomenon of light directly. For example, the medium of strained glass needs the light shining through it to complete its effect. The interior of a dark cathedral is made awe-inspiring by sunlight shining through its stained glass windows. If one looks at those same windows from the exterior on a sunny day the color and design are lost. Photography is another medium that directly depends on light for the initial recording of images. Some contemporary artists use mirrored surfaces that reflect light illuminating surrounding space. Other artists sculpt with neon, gas in a tube that gives off light when stimulated by electricity. We are familiar with common neon advertising, but this medium has been expanded into both pictorial and abstract use of tubing and color for its own sake.


Artists using pigments on canvas or paper study the way light falls on their subjects to create the illusion of three-dimensional space on their two-dimensional surface. In nature, light does not uniformly reveal any three dimensional shape. There are gradations of light that express curved surfaces,  sharp changes that indicate the edges of planes, and often a shadow of very reduced light appearing to be black. Changes in light can also help artists illustrate the texture of what is being represented.


It is light that allows our eyes to distinguish colors because light rays refracting off surfaces are a specific length for each color that our eyes see and our brains interpret. Human ocular sensitivity is designed not only to allow us to function in a basic way as we take in light but also to communicate the concept of color and space to others. The mechanism is the same for most humans, so when your parents taught you the names of colors, you were learning what most people in your group understand. There are few types of inherited color blindness the most common of which is the inability to distinguish red from green.


To go back to the quality of light being different depending on geographic location, many artists found, to their amazement, when they radically changed their location, their perception of light and color changed too. This was inclined to happen whether they painted realist scenes, non-objective compositions, or used color expressively.


One of the comments frequently heard from artists who visited the Southwest desert or mountain states from coastal or mid-west states is the startling change in the appearance of light and the clarity of their surroundings. The aridness of the Southwest makes the lower atmosphere less dense. Objects in the distance can still appear sharp and clear and the color is not greyed down. This appearance is the opposite in geographic regions where the humidity is high. Light passing through water vapor is subtly refracted and creates a diffused appearance of objects in the distance. Humidity also causes objects in the distance to appear bluer or greyer the farther away they are; in general, a denser atmosphere causes all colors to lose their intensity to the observer. An example are paintings by Hudson River School artists or Tonalists whose work exhibits a muted palette. Historically, the Barbizon School in France or the slightly earlier Realist painters were expressing their surroundings as they experienced seeing their world in muted reds, browns, and greens. Painters during the industrial Revolution contended with the addition of coal fire smoke adding particulates to an already dense humid atmosphere.


There is no life without light. Art enhances that life. And there is no bad light, just light that is different. All around the world, artists are producing art with whatever light they have, producing it from their hearts, and trying to bring an inner illumination to the viewers of their art.


Victoria Chick is the founder of the Cow Trail Art Studio in southwest New Mexico. She received a B.A. in Art from the University of Missouri at Kansas City and awarded an M.F.A. in Painting from Kent State University in Ohio. Visit her website at www.ArtistVictoriaChick.com

“Arrival of the Train from Normandy at Gare Saint-Lazare”, Claude Monet, 1877

“Hour of Splendor”, Birger Sandzen, 1928. Sandzen painted frequently in New Mexico, Colorado, and Utah. Taught at Bethany College, Lindsborg, Kansas.  Born in Sweden. Before coming to the U,S. his work was in the Barbizon style. Courtesy of Birger Sandzen Memorial Museum https://sandzen.org 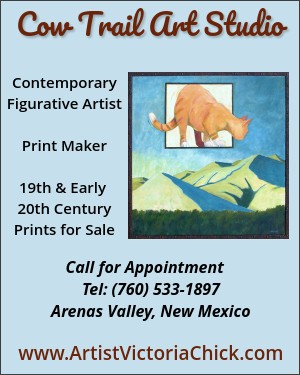 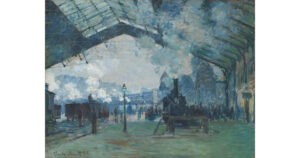