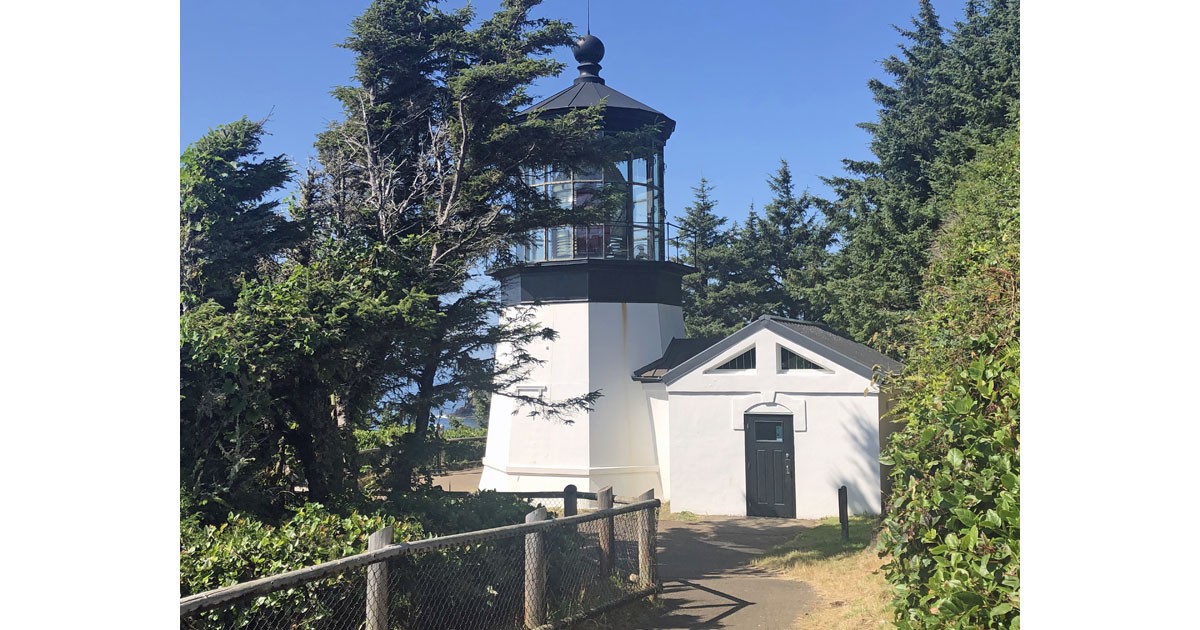 Lighthouses are the sentinels of a coastline, visible from miles away. They serve as points of reference for seafaring folks. And for those of us on land, they are wonderful photograph-worthy subjects and romanticized symbols.

You’d be-hard pressed to find travelers to the Oregon Coast who haven’t seen at least one of the dozen or so lighthouses that dot the area. They’re a thing of beauty along this windswept and rugged stretch of land.

Some are very accessible; others are not, whether due to their location or the fact they are on private land. In these “new normal” times, none are actually open to visitors. You can, however, still get close up to a few and learn about their colorful histories, while marveling at their designs and the dramatic views they offer.

One of my favorites is Cape Meares Lighthouse, situated outside the town of Oceanside. Depending on your perspective, it’s either the shortest lighthouse on the coast or the tallest. Though it’s only 38 feet tall, it sits on a cliff towering over 200 feet high. It was named for Captain John Meares, a British explorer, who was the first to sail into Tillamook Bay. The lighthouse’s lens was built in Paris and shipped to Oregon in the late 1800s, then hoisted up the cliff using a large wooden crane.

The panorama from Cape Meares is stunning and, in my opinion, it is one of the most impressive coastal scenes in Oregon. After you’ve drank in the views, take the nearby trail to the famed Octopus Tree, a national heritage landmark. This botanical oddity is a massive Sitka spruce shaped like an upside-down octopus with branch-like tentacles. Believed to be two-to-three hundred years old, it was possibly shaped by natural forces or by Native Americans. The truth remains a mystery.

Heceta Head Lighthouse, near Florence, is another gem and boasts the strongest light on the Oregon Coast. Perched atop a jaw-dropping bluff jutting out into the sea, this notable watchman has been directing ships away from danger since 1894. The lighthouse makes a striking, picture-postcard from afar, but with just a little effort, you can walk right up to it and see it in all its glory.

Those who want the complete experience can stay in a lightkeeper’s cottage, at the onsite Heceta Head Lighthouse B&B. Just beware, the inn has a reputation as one of the most haunted places on the West Coast. Its resident, harmless ghost is named “Rue,” and story has it that she might have been a lighthouse keeper’s wife. One of her daughters supposedly drowned and years later, after Rue herself passed away, her spirit supposedly returned to look for her daughter. Guests and employees of the inn have reported strange noises coming from the attic, furniture being moved at night, and apparitions of a gray-haired woman wearing a Victorian-era dress.

The Oregon Coast is also known for its sea stacks; the most famous of which is iconic Haystack Rock in Cannon Beach. At 235-feet tall, it’s the third-largest coastal monolith in the world and is the result of volcanic eruptions, continued uplift, and erosion over thousands of years. This imposing formation has been designated a marine and bird sanctuary and is protected as part of the Oregon Islands National Wildlife Refuge. A colony of Tufted Puffins are seasonal residents of the rock from early spring to mid-summer. During this time, they’re typically in full regalia, with clown-like faces and golden plumes, and are very easy to distinguish.

The tidepools are also full of sea life and if you go before low tide, it’s a veritable smorgasbord of creatures, including sea stars, anemones, crabs, and more.

The beach itself is spectacular, with plenty of room to stroll, fly a kite, make a sandcastle, or simply doze off to the lulling sound of the waves. And the town of Cannon Beach, with its galleries, shops, and restaurants, adds to the charm of this picture-pretty destination.

Sea lions, too, are very much at home on the Oregon Coast. In Newport, for example, they like to hang out in the harbor area and are usually surrounded by enthusiastic paparazzi. Another popular place is Sea Lion Caves, north of Florence. This privately-owned wildlife preserve and bird sanctuary is the country’s largest sea cave and year-round dwelling of the Steller sea lion. Be prepared when you visit the cave, as the noise is deafening, and the odor is quite overpowering!

Before leaving the coast, I always make sure to eat my fill of fish and chips, and clam chowder. Then I stop at Tillamook Creamery, home of the well-known Tillamook Cheese. Take a self-guided tour of the factory in its modern barn building, where you’ll learn everything there is to know and more about producing cheese. Then get some cheese curds and a scoop of ice cream to go. With all the delicious flavors, it can be hard to choose, but I consistently opt for Marionberry Pie. It’s quintessential Oregon! 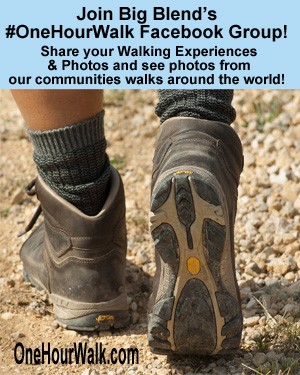 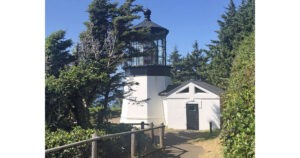