Linda Godfrey: Monsters Among Us 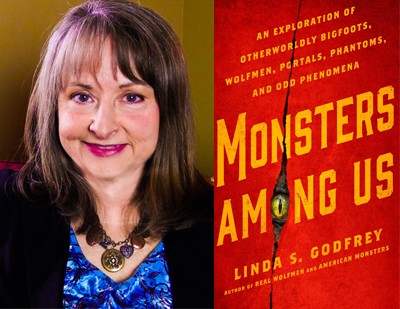 LINDA GODFREY: MONSTERS AMONG US
An Exploration of Otherworldly Bigfoots, Wolfmen, Portals, Phantoms, and Odd Phenomena

Linda S. Godfrey, one of America’s foremost authorities on modern-day monsters and author of ‘Real Wolfmen’ and ‘American Monsters’, talks with Big Blend Radio about her new book.

Many scoff at the idea of unexplained phenomena, dismissing notions such as bigfoot, ghosts, and UFOs as fanciful objects of overactive imaginations. Yet, when pressed, most people will divulge that either they or someone they are close to have experienced something that defies explanation. Usually only entrusted to their inner circle of confidants, these tales almost always stay closely guarded.

Author Linda Godfrey has heard numerous unimaginable and bizarre accounts. One of America’s foremost authorities on modern-day monsters, Godfrey’s intensive research spanning twenty-three years has unearthed a repository of chilling tales from reliable eyewitnesses. In MONSTERS AMONG US: An Exploration of Otherworldly Bigfoots, Wolfmen, Portals, Phantoms, and Odd Phenomena (A TarcherPerigee paperback), she shares some of these inexplicable reports, including: A woman’s transformation into a wolf-like creature, a virtually transparent 8-foot creature, a four-hundred-pound creature emerging from a portal, and a shapeshifter trying to lure a girl into a manhole!

Analyzing each occurrence through an objective lens, Godfrey explores all possible explanations and analyzes factors impacting the environment, witnesses, and location. Utilizing logical, scientific, and imaginative concepts to elucidate these truly baffling accounts, Godfrey provides readers with the tools to draw their own conclusions and to reexamine their own understanding of the world around them. www.LindaGodfrey.com.

See MONSTERS AMONG US in Big Blend Radio & TV Magazine! 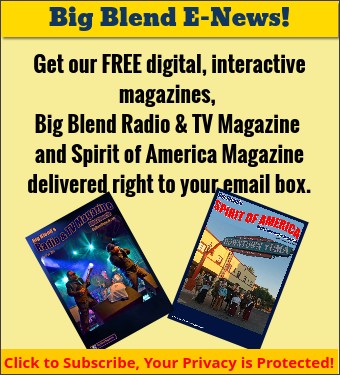 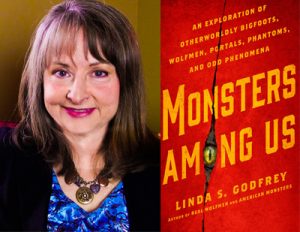