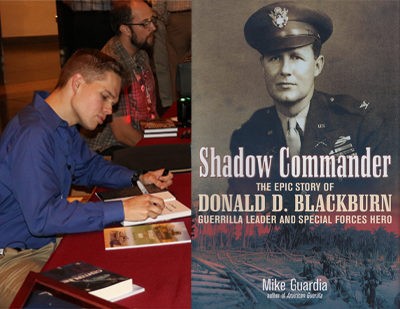 On the evening of December 7, 1942, the fires on Bataan burned with a primitive fury, illuminating white flags of surrender against the dark sky. Outnumbered and outgunned, remnants of the American-Philippine army surrendered to the forces of the Rising Sun. Yet US Army Captain Donald D. Blackburn refused to lay down his arms. With future Special Forces legend Russell Volckmann, Blackburn escaped to the jungles of North Luzon, raising a private army of 22,000 men against the Japanese. His organization of native tribes into guerrilla fighters would lead to the destruction of the enemy’s naval base at Aparri.

But Blackburn’s remarkable accomplishments didn’t end with the victory in the Pacific. He played a key role in initiating Army Special Forces operations in Southeast Asia, became commander of the 77th Special Forces Group and later took command of the highly classified Studies and Observations Group (SOG), charged with performing secret missions. Blackburn also revitalized the Special Operations campaign in South Vietnam, conducting full-scale operations against the NVA and Viet Cong in Laos and Cambodia. Following his return to the US, Blackburn was the architect of the infamous Son Tay Prison Raid, the largest prisoner-of-war rescue mission—and, indeed, the largest Army Special Forces operation—of the Vietnam War.


During a period when US troops in Southeast Asia faced guerrilla armies on every side, America had a superb covert commander of its own. This book follows Blackburn through both his youthful days of desperate combat and his time as a commander, imparting his lessons to the new ranks of Army Special Forces.


An internationally-recognized author and military historian, Mike Guardia is also a veteran of the United States Army. He served six years on active duty as an Armor Officer. He is the author of the widely-acclaimed Hal Moore: A Soldier Once…and Always, the first-ever biography chronicling the life of Lieutenant General Harold G. Moore, whose leadership was popularized in the film We Were Soldiers starring Mel Gibson.  As a lecturer, Mike Guardia has given presentations at the US Special Operations Command and the George Bush (41) Presidential Library.  He holds a BA and MA in American History from the University of Houston and currently resides in Texas. www.MikeGuardia.com 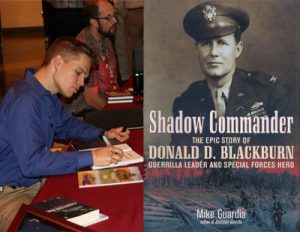