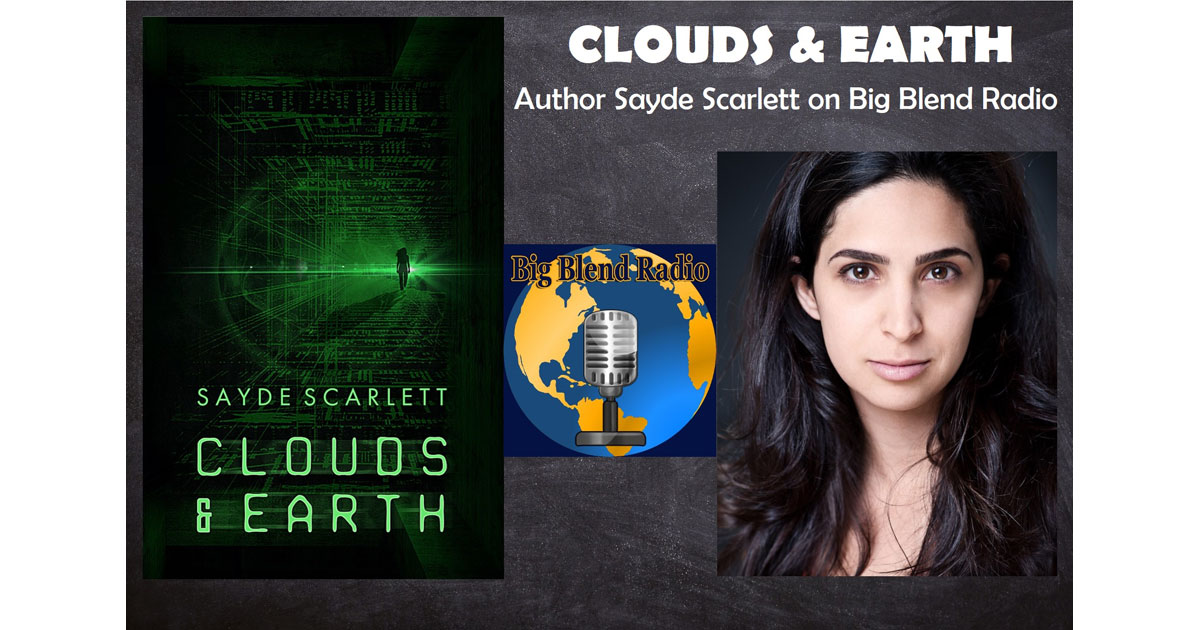 Sayde Scarlett talks with Big Blend Radio about her debut thriller “Clouds and Earth,” where corruption and deception lurk around every corner.

It’s 150 years into the future and the great Long war has changed everything. The brilliant Sayde Scarlett debuts her science fiction series The Peace Outside with “Clouds and Earth.” Lieutenant First Class Sandy Attiyeh is either a celebrated war hero or has committed war crimes, depending on what you believe. This was not the kind of world she thought would come home to after fighting in such a brutal war.  When caught up in a  corrupt CEO’s twisted plan, Sandy must find a way to salvage the peace she sacrificed everything for.

Clouds and Earth is a dark and thrilling tale of intrigue and espionage set in the data-driven world of tomorrow. Startling and prescient in equal measure, it is a must-read for fans of speculative and science fiction.

SAYDE SCARLETT was born and raised in Dubai, UAE, but relocated to the United Kingdom to read Politics and International Relations at Royal Holloway, University of London. After university, Sayde worked in the performing arts sector alongside being a political and antiwar activist. Sayde moved back to the Middle East in 2015 and now works as a financial crime investigator. The Peace Outside trilogy is Sayde’s debut work, and you can find out more at www.sayde-scarlett.com. 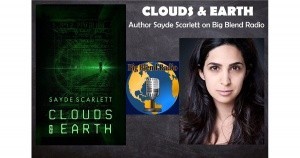