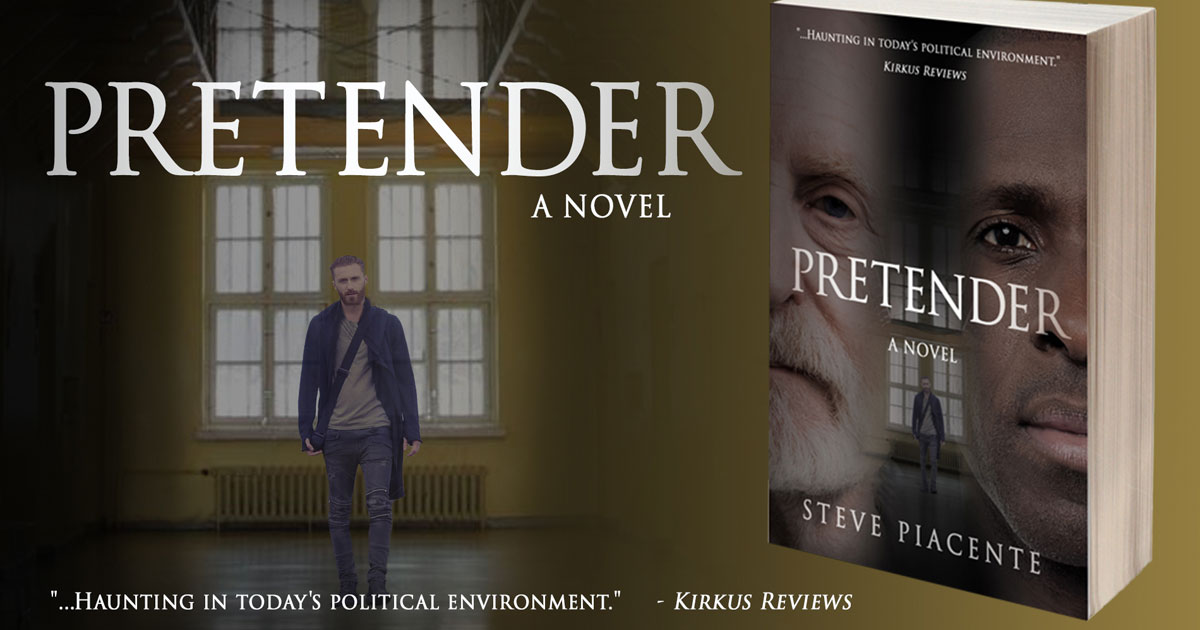 A disgraced journalist stumbles on a story that will let him reclaim his career, but redemption comes with a price: he must place his faith in the racist senator he once exposed as a murderer. Thus begins Steve Piacente’s third novel, PRETENDER, which he discusses here on Big Blend Radio.

Fast-rising star reporter Dan Patragno is thinking Pulitzer until he violates one of journalism’s key tenets and winds up blackballed from the industry. Career shot, marriage in tatters and bills looming, he takes the only job he can find – manager at a local Laundromat.

As Dan struggles to accept his new station, a fateful note arrives from ex-Senator Mac McCauley offering a jailhouse interview. If the story McCauley offers is true, it will rock the political world and open Dan’s path back to the industry he loves.

Must an act be illegal to be a crime? Who decides if the offender is worthy of forgiveness? Pretender explores the raw instincts that inform our choices and drive our actions, sometimes with consequences that span generations.

Former journalist Steve Piacente is the award-winning author of two other novels, Bella and Bootlicker. Steve is also a certified life coach, a media and presentation trainer, and an associate professor at American University in Washington, D.C. After 25 years in journalism, Steve spent ten years as a speechwriter and communications manager in the federal government. Steve holds a Masters in Fiction from Johns Hopkins University. www.StevePiacente.com

“I love novels where you feel like you know the characters, and in Pretender, as with Steve’s previous books, you feel you know the players right away. Not only is this book timely, it makes you wonder just how far we have come in this country, if at all, when it comes to dealing with racism, politics, politicians and government. There is plenty of action, surprising yet believable twists and turns in the plot, and it will make you stay up late reading until you finish it… once you finish the book, you miss it the next day. So, I say, “ Come on Steve, where’s the next one?”  I would love to see this as a TV series.” Nancy J. Reid, publisher of Big Blend Radio & TV Magazine 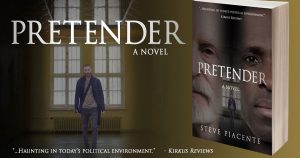