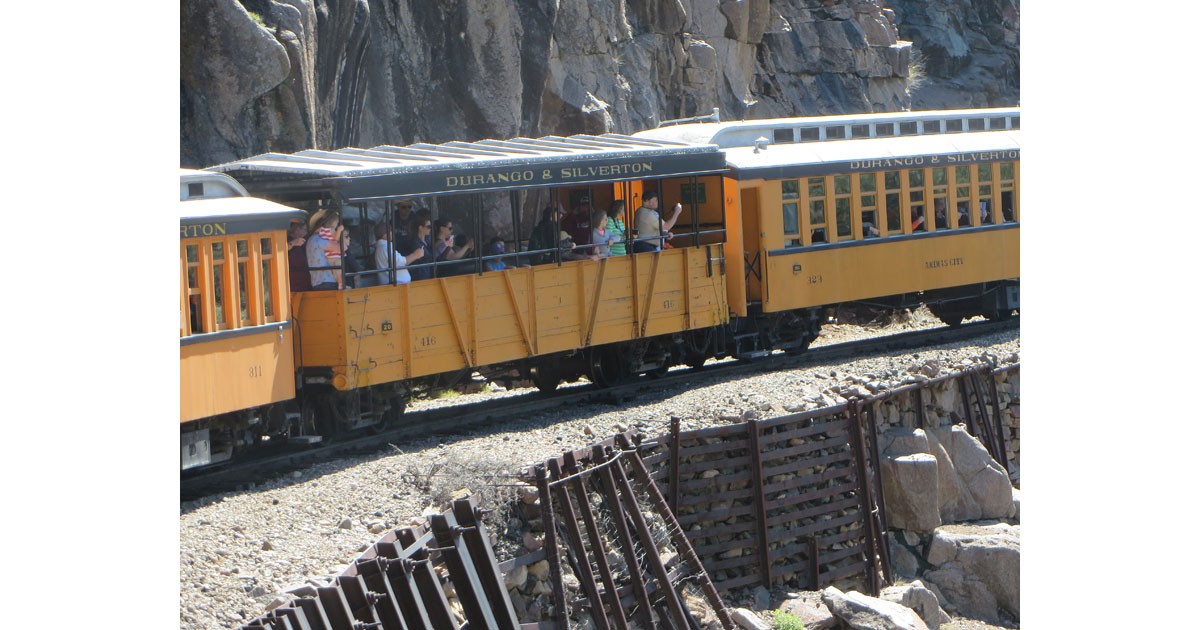 A ride on the Durango & Silverton Narrow Gauge Railroad is first and foremost about history. It’s a testament to engineering prowess, hard work, determination, and extraordinary vision. And it all began with the mining boom that struck Southwest Colorado in the late 1800s.


Deep in the heart of the precipitous terrain of the San Juan Mountains, a rail was built to carry supplies and transport minerals to and from the high elevation mining camps. At the helm of this ambitious project was General William Jackson Palmer, the head of the Denver and Rio Grande Railroad. Palmer answered the need for faster and more economical transportation in this region by building a narrow-gauge railroad with three-inch rails versus four-inch, the standard for U.S. railroads. His decision stemmed from the fact that construction and equipment costs were cheaper and the narrow gauge was better suited for sharper curves.


It took less than ten months to complete the section of tracks from Durango to Silverton and in 1882, the railroad began operations on the Silverton Branch. In its heyday, it was a very profitable enterprise, but then the Great Depression hit, followed by WWII, and mineral prices fell, devastating the once-lucrative mining industry. Fortunately, Hollywood stepped in and saved the day by filming a series of movies with the train, including “A Ticket to Tomahawk,” “Denver & Rio Grande,” “Around the World in 80 Days” and many others.


When you ride the Durango & Silverton Narrow Gauge Railroad, it’s easy to see why the experience is ranked as “One of the World’s Top Ten Train Rides” and the “Number One North American Train Trip.” The scenery alone is reason enough. Your journey will take you through spectacular wilderness that will leave you dizzy from all the grandeur. It’s a panorama of rushing rivers, picturesque waterfalls, deep gorges, narrow canyons, pristine lakes, and verdant forests. And then there are the mountains – snow-capped, towering, and majestic sentinels that rise up 14,000 feet. You’ll follow the course of the Animas River as the train climbs up out of Durango and goes through six geological zones for the 45-mile trip to Silverton.


Photographic opportunities abound and your train car narrator will point out all the must-capture moments, while regaling you with tales of bygone days on the railway. He/she will also provide information about the history and geology of the area. Of special note are the following sights: High Bridge, a wrought-iron construction that’s 130 feet long; Baker’s Bridge where the famous “jump scene” from the movie “Butch Cassidy and the Sundance Kid” was filmed; Tacoma Hydroelectric plant, the oldest of its kind in the U.S. that still uses its original generators; Needleton Tank, an historic wooden water tank; and the famous High Line and its horseshoe curve. The latter was the most difficult portion of the line to build, as it was cut out of canyon walls at approximately $100,000 per mile.


There’s so much to see and learn that boredom never sets in during the three and a half hour trip. And you’re always free to get up and walk around your car and step outside onto the viewing platforms. With luck, you’ll spy some of the wildlife that make their home in this area, such as elk, deer, moose, beavers, and funny little prairie dogs that enjoy playing hide and seek amid the woods and meadows. The train stops a few times for water, as it takes a whopping 10,000 gallons of water to produce the steam to power the locomotive. It also stops at Needleton Flag to let on and off the many hikers, rafters and mountain climbers who are exploring the backcountry.


When you arrive in Silverton, you’ll have a few hours to eat lunch, shop and walk around town before getting back on the train for the return trip (there’s also a bus option available as an alternative). Silverton was once a vibrant mining mecca and its streets were dotted with saloons, gambling halls and bordellos. Today, it’s a National Historic Landmark and one of the most intact historic locales in the country. Many of the buildings have been restored and enhanced to recreate the sights and scenes of yesteryear. And you won’t find more friendly and hospitable folks than the Silverton locals who never miss an opportunity to share tales of their colorful town.


If you choose to ride the train both ways, you’ll be surprised to discover that the scenery, although the same, looks different on the return. With a change in perspective, it’s akin to experiencing the journey anew. Some passengers prefer a change in cars, too.

The train offers several choices when it comes to your ride. For a deluxe first-class ambiance, there are a number of options such as the renowned, historic Alamosa Parlor Car with its lounge-style seating or the Silver Vista, an open-air car that boasts panoramic views and the most legroom of any car on the line. There are also historic narration cars, where costumed individuals representing real characters from the past entertain passengers with their stories, as well as standard class coach cars. In addition, during summer, the Open Air Gondola with its bench-style seating facing outward is available. It’s often a favorite with the kids, as it allows for a more up close and personal experience with the sights and sounds of the ride.


Kids will also enjoy the special theme rides that the railroad offers throughout the year. At Halloween, there’s the Great Pumpkin Patch Express, and during holiday season, the Polar Express is very popular. Spring brings the Easter Beagle and in early summer, the Dinosaur Train celebrates the fascination children have with dinosaurs and trains through music, games, and fun activities.


If you still haven’t had your fill of trains after your excursion, check out the Durango & Silverton Railroad Museum. The 12,000-square-foot facility showcases the history of Durango and the railroad with a host of interesting artifacts and relics. There are two full-size locomotives, as well as an 1887 caboose, an immigrant sleeper coach, and a theater car that was built of balsa wood for the movie set of “Butch Cassidy and the Sundance Kid.” You can climb inside the cab of one of the locomotives and get comfy in the engineer’s seat, imagining the sensation of your hand on the throttle. There’s always something new to explore at the museum and what’s more, admission is free. 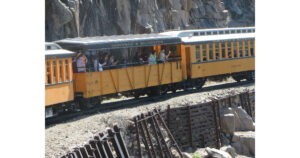