The Historic Wine Region of Bandol 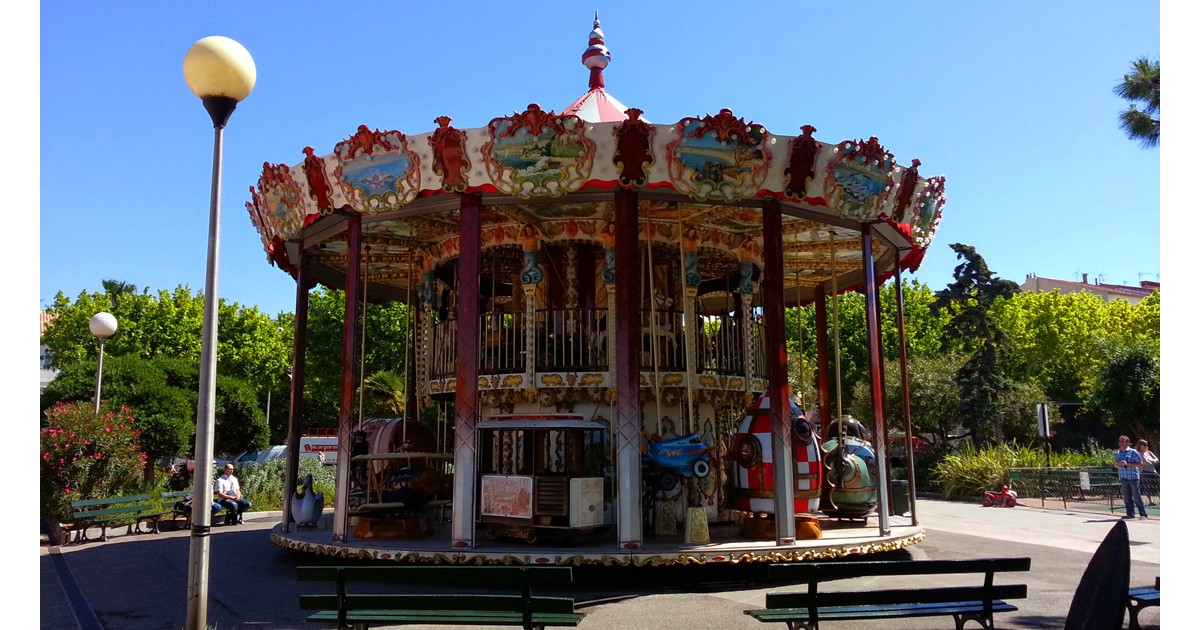 EXPLORING THE HISTORIC WINE REGION OF BANDOL, FRANCE
The Hidden Treasure of Provence
By Hilarie Larson

Food, wine and travel writer Hilarie Larson, owner of Northwinds Wine Consulting, shares her adventures in France, where she explored the Bandol region, Cassis and Sanary-sur-Mer on Big Blend Radio.

It may be France’s worst kept wine secret and the holiday destination the natives like to keep for themselves.  There are breathtakingly perfect fishing ports and medieval hilltop towns surrounded by lush vineyards.  The region’s wines have been sipped by royalty and its intimate villages the inspiration for great literature and a refuge for the intellectual elite fleeing 20th century oppression.

Located along Southern France’s Mediterranean coast, between the cosmopolitan city of Marseille and the naval outpost of Toulon, lies the historic wine region of Bandol.

Ancient seafaring Phoecean traders saw the forested hillsides rising from the sea and knew this was the perfect spot for viticulture. Protective mountains formed a natural, south-facing amphitheater enhanced by the influence of sun, sea and the moderating Mistral winds.

The Romans expanded existing vineyards, terracing the steep hillsides and creating the distinctive landscape of Bandol.  Stone retaining walls, called ‘restanques’ were created with rocks removed when clearing vineyard land, making the terrain easier to work and keeping needed moisture in the soil.

Natural, deep-water harbors provided immediate transport for both wines and barrels, created from the oak trees of local forests. Louis XV was a devotee and by 1846, up to 9,600 barrels left the region destined for the tables of northern Europe.

Like the rest of Europe, Bandol suffered the devastating effects of the Phylloxera epidemic of the late 19th century. Vineyard owners replanted with the traditional grape of the region, Mourvèdre, and the stage was set for Bandol’s wine revival.

Today, there are 59 producers in the region. Like other areas of Provence, the majority of the production is Rosé (70%) but what sets Bandol apart are the red wines of Mourvèdre.  Although the variety originated in Spain, it really has found its home on the south facing slopes of Bandol where it covets the long, warm growing season and finds ‘its head in the sun and its feet in the sea’.

The rules of production are strict: the fruit must be hand picked, come from vines that are a minimum of eight years old – younger grapes will be used for rosé – and be aged in oak barrels for at least 18 months.

Bandol rouge speaks of its ‘terroir’ – its sense of place: the pebbly limestone, clay and sandstone soils, the native ‘garruige’ (wild herbs such as rosemary, sage, fennel and thyme) and the  forests of pine and oak that intermingle with the vines. When young, you might find notes reminiscent of licorice, dark berries, light spice and an earthy, ‘animal’ quality.  Mourvèdre really shines with age, as the aromas and flavors deepen to black fruit, leather, truffle, pepper, and spice while the substantial tannins, more pronounced in youth, become supple and engaging.

There are many well known wineries to visit including Domaine Tempier whose owners, the Peyraud family, were instrumental in the region securing its place as a designated wine region in 1941. Château Pibarnon may be the most distinctive vineyard in Bandol. Built into an old limestone quarry, the vines are planted on terraces lining the circular structure, with the Mediterranean in full view.  Domaine de la Tour du Bon, Bastide Blanche, Domaine Bunan, Domaine Gros Noré, Domaine Terrebrune are but a few of the excellent examples of Bandol producers.

There is no better place to enjoy the local wines than in the towns that mingle with the vineyard landscape.

Le Castellet perches on a cliff-top, overlooking the vineyards and the sea. Originally known as Castellarium in 1030 AD, it’s the medieval, fortified ramparts, cobblestone lanes and intimate squares that makes this a popular, modern day destination.  You’ll find it the perfect spot to wander, marvel at the expansive views and enjoy the many eateries.

Practically next door, is another medieval gem, La Cadière d’Azur. Less well known, and therefore, less ‘touristy’ than its neighbor, the steep, narrow lanes lead to the main street, Avenue Max Dormoy. There are several cafes where you can sit in the shade of the plane trees and watch village life unfold.  You’ll find a small local grocer, butcher and boulangerie.  Artisan galleries and workshops spill out onto the narrow sidewalks. All these potters, weavers, artists and seamstresses are women.

Cross the threshold of one of the three remaining, 16th century gates in the city ramparts and you’ll enter a labyrinth of pathways, staircases and squares. You may hear the peel of the churchbell, dating to 1458 in the tower of the Church of Saint André, while you look out over the vineyards of Bandol and the striking Massif de la Sainte-Baume in the distance.

Naturally, there are a host of delightful seaside spots, including La Ciotat, which is nestled against the white limestone cliffs and azure blue bays of the Calanque National Park.  Founded by Genoese aristocrats fleeing revolution in the early 1600s the village grew up around its shipbuilding industry. Louise Lumieres’s creation of cinematography in 1895 and the discovery of the Provençal sport of ‘Petanque’ also lay claim to this scenic spot.

Further east is the area of Saint-Cyr-sur-Mer and its environs of Les Lecques and La Madrague. Sandy beaches are the main attraction while history lovers can visit the remains of a Roman villa at the Museum of Tauroentum.

The town of Bandol was once the main port for the region’s wines and home to a thriving cooperage industry. The harbor is now a marina that welcomes luxury yachts as well as smaller craft and fishing boats.  The tree lined Promenade plays host to a vibrant summer music scene, year-round markets, restaurants and boutiques. Here, you can hop a boat to the nearby Île de Bendor, go dolphin and whale watching or visit the Bandol Wine Centre – the “Oenotheque.”

Nearby Sanary-sur-Mer is one of the few fully functioning fishing villages of southern France and this picture postcard hamlet has a fascinating history.  The Greeks and the Romans were the first to settle, and in the 16th century, village life concentrated around the 14th century watchtower, which still stands guard aside the modern harbor.  Originally known by its local Occitan name of Sant Narari, time and politics morphed it to Sanàri.  In the 1920’s ‘sur Mer’ meaning ‘on the sea’ was added, as the area was primed for French Riviera tourism.

Pastel villas cling to the steep, forested hills that slope down to the village below.  Small, multi colored fishing boats, called ‘pointus’, are moored along the Promenade where they sell their fresh, and often still wiggling, daily catch.

With the town’s dedication to the sea, it isn’t surprising that Sanary-sur-Mer was once home to renowned oceanographer Jacques Cousteau.  It was here that he, along with Frederic Dumas and Phillipe Tailleiz, invented the ‘Aqua-lung’ and modern scuba diving.

Sanary also has a fascinating literary connection beginning in the early 1930s when British author Aldous Huxley moved here and wrote his famous novel “Brave New World’.  With the advent of fascism in Europe, the village became a haven for the ‘intellegencia’ of Germany and Austria.  Between 1933 and 1945 numerous writers and artists, many of whom were Jewish, found temporary sanctuary and became known as the ‘Intellectual Exiles in Paradise’. Playwright Bertold Brecht, Thomas, Klaus and Heinrich Mann, Alma Mahler (widow of composer Gustav Mahler) and later H.G. Wells and D.H. Lawrence were among the group.

Today you can wander the flower-strewn streets of the town, rest at the memorial in John F. Kennedy Park, or visit the sandy shores of Plage de Portissol. Spend a morning absorbed in the colors and smells of the weekly market then recoup as the locals do and rest your feet at one of the cafes with a coffee or a glass of local wine. Watch the world, ponder life and have another glass.

There is no better way to experience the essence of Bandol. 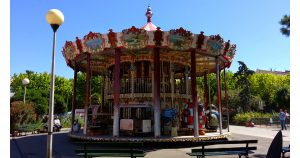