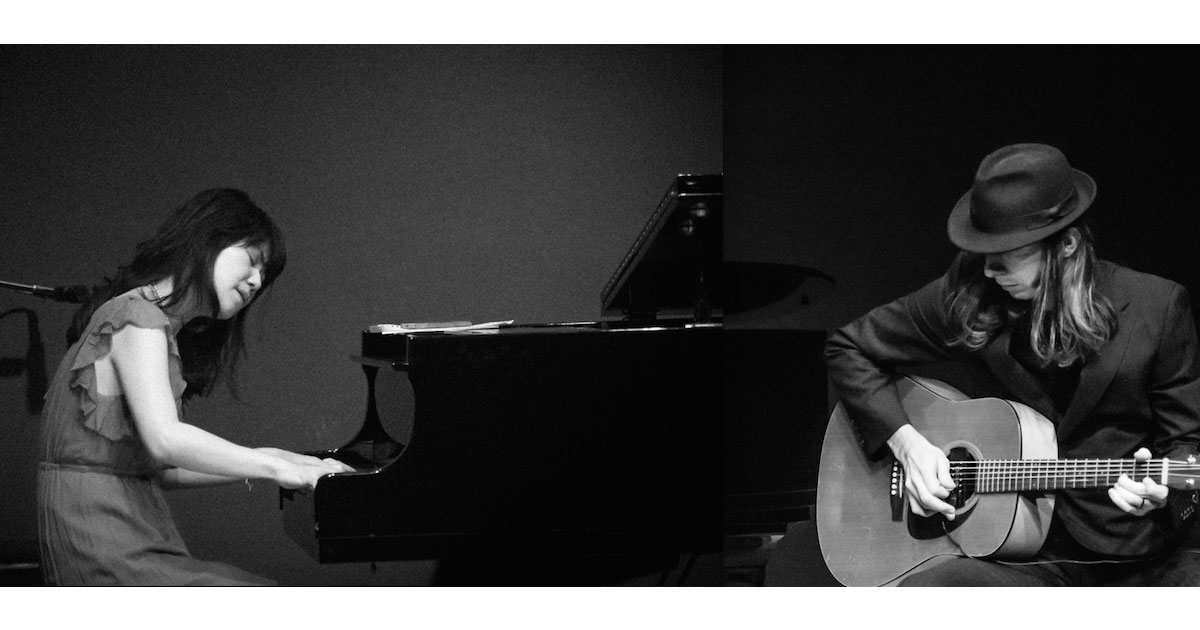 Yagull represents an ethereal beauty that takes you on a transformative journey. Throughout the course of the band’s discography, Sasha Markovic and Kana Kamitsubo have smoothly blended the guitar and piano, respectively, to produce exquisite splendor in melody and mood. One feels the music of Yagull in a spiritual, emotional intensity that is rarely equaled. A metamorphosis occurs for the listener.

“Yuna,” the band’s newest endeavor, was created and recorded over a period of two years. Apart from one track, Sasha and Kana are the only musicians on the album – a departure from previous efforts. It is a truly intimate recording for the couple, and this is immediately evident as the aural gorgeousness flows over the senses.

Says Sasha, “As a storyteller myself, I can attest that music is one of the great conduits for stories. Yagull has shared some personal tales within these compositions.”

“Muse” is especially meaningful for Yagull. The song grew out of Kana having to deal with the turbulent emotions associated with the experiences of two miscarriages over the period during which the album was recorded. Throughout this difficult time, Kana felt a presence of a spirit – a muse – inside of her. The plaintive, simple melodies on the track exhibit the sadness of what had happened, but they also morph into an optimistic strain of respect and honor for that muse.

The album’s title song is closely related. “Yuna” would have been the name of the first – and then second – baby that the couple lost; hence, the muse’s name is Yuna. This track is more joyful in its tribute to the muse, and the addition of a backing vocal elevates the music to a higher plane. To enhance the piece, Sasha and Kana decided to work with Ayumi Ueda, a member of Women of the World, after they heard her divine voice at a Carnegie Hall performance.

“101” is a bit of a departure for Yagull. While most of Kana’s compositions are gentle and often jazzy, this one is more explosive. Kana admits that the song became a catharsis for her, as it evoked an image of herself as a young woman at a time when she underwent a traumatic event. If anything by Yagull on piano and acoustic guitar could be classified as “hard rock,” this might be it. It begins with surging piano arpeggios and then develops into aggressive rhythms when Sasha joins in. Dynamic stuff! The title came from Sasha, who often mischievously dubs Yagull’s tunes with non sequiturs.

Finally, the band considers the song “Searching for the Moon” to be a gift, as the entire piece was composed within five minutes. They had been asked to “play something” during a photo shoot, and the tune was an improvisation. Bookending the album, the track offers a playful, yet mysterious melody that is simple in structure. It is perhaps the theme song for a dream.

“Yuna” is full of other sagas, both enigmatic and wonderful. Along with the inherent lyricism of Yagull’s music, there is also the occasional bit of humor. If the band’s rendition of Black Sabbath’s “Sabbath Bloody Sabbath” doesn’t make you smile, nothing will.

So, sit back, open your ears and your mind, and allow the sinuous, endless beauty of Yagull to move you. It will be a profound journey, and you will come out on the other side… changed. More at www.Yagull.com. 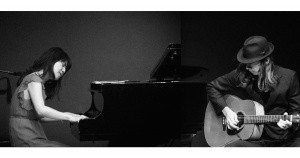